So I am continuing with the #RPGaDAY but I have more exciting news!

The August issue of the Rolemaster Fanzine is now for sale on RPGNow and this is the Shadow  World special. 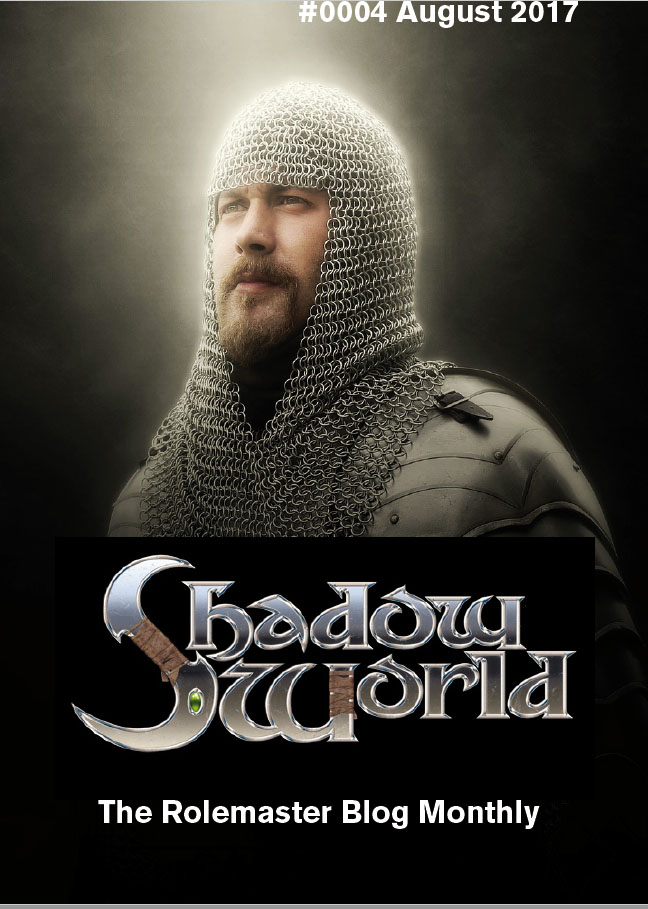 This issue has a reprint of two of my favourite BriH Shadow World articles from the blog, the interview with Terry and chapter one of the Loremaster Legacy, Terry’s novel.

Whilst not RM related I am really pleased to be able to link to my game on Amazon. This is my latest achievement and it is really nice to see the book in print. The PDF and print version should be on OneBookShelf this week and the Kindle edition the week after.

So with that out of the way here are my RPGaDAY questions.

12th Which RPG has the most inspiring interior art?

One of the funny things about these questions is that it makes you think about things that you may otherwise not given a thought to.  I think the original MERP art was probably the best I have ever seen and was definitely in keeping with the original LotR books.

13th Describe a game experience that changed how you play.

I think I have told this story before. We were meeting for the first session of a spacemaster game. Rather than all sitting around creating characters together we were split up and the GM started us playing our characters, describing the scenes and we started role playing before the characters were rolled up. The GM shuttled between us nipping from kitchen to living room and I had drawn the short straw and had the bathroom! This was the first time I actually knew my character before I put pen to paper and picked skills. Now I always have that really strong concept before I even start. Incidentally, that was the shortest campaign I ever played in as we all accidentally killed each other at the first meeting after only one character uttered just one word. There had been a sort of cat and mouse game going on with each character thinking they were being followed or were following a bad guy. We ended up in a mexican stand off but with concealed weapons in a taverna until one character who seemed to be oblivious to all of this walked in, came to our table and said “Hello” at which point everyone opened fire. I was using an assault blaster at point blank range and I remember rolling a straight 66 for my critical. I also ended up bleading about 8hits a round from several wounds by the end of the round, stunned and about to pass out. I don’t think anyone survived beyond fire phase A of the first round.

14th Which rpg do you prefer for open-ended campaign play?

This has to be Rolemaster and RMC for me and to further clarify my level-less and profession-less variant. I am not going to bang on about it because you have all heard it before.

So this is my third instalment of #RPGaDAY. Most of the questions this week seem to be about different systems so it will be hard to relate them Rolemaster.

8th What is a good RPG to play for sessions of 2hrs or less?

This depends on how you read the question. I think RM is a good candidate for this. One of the cool things about RM character sheets (booklets?) is that they hold just about everything you need to play. This is especially true if you include combat tables and spell lists in the character sheets. Bolt on things like Combat Minion and you get a game that you can get into and start playing very quickly. If you need to create characters in that 2hrs then having the first session exclusively dedicated to character creation will get all the characters made with time to spare. So my answer is RMC.

9th What is a good RPG to play for about 10 sessions?

This time I don’t think RM fits the bill. As a rule of thumb is seems that most GMs are levelling characters up every 3 sessions or so. In a mini campaign of 10 sessions that would advance the characters three or 4 levels. There is not really that much difference between a 1st and a 4th level character. At those lowest levels fighters are king and even the pure spell users have little more than shock bolt. Looking at the time, some players take forever to level up their characters so levelling up 3 times in 10 sessions takes a fairly big chunk out of your available playing time. So RM is not a good option for this particular format.

What does work well (shameless plug!) is my own game 3Deep. The game is set up for emulate TV series and episodes. With that in mine you can easily turn a 10 session mini campaign into 10 related one shot adventures and the whole into a ‘season’. Character creation is fast (roll five stats, pick a culture, spend 7 skill points and then flesh out the backstory) and there are no levels, experience is handled by improving stats and/or skills. While I am blowing my own trumpet the latest version of 3Deep will be available to buy from RPGnow and Drivethru from next week! 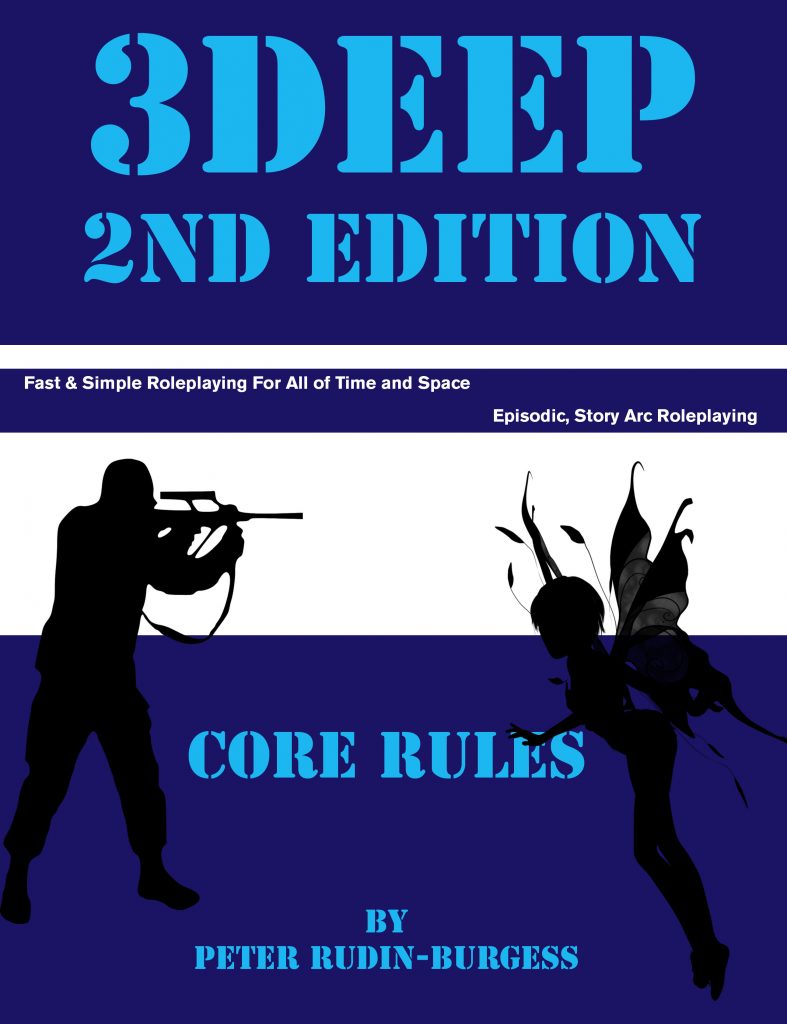 10th Where do you go for RPG reviews?

For me, my favourite RPG blog is http://www.stargazersworld.com/ which gives me a mix of reviews, news and opinion. they have a small team of bloggers and interestingly they like to experiment. Right now the blog is experimenting with being sponsored by Patreon.

11th Which ‘dead’ game would you like to see reborn?

Do games die? If that were true then there would be no RM2 players. The game is going on for 40 years old and has not had a new book published in decades and yet it is still probably the most popular version of RM there has ever been with many actives groups. Even in my previous answers I harked back to Car Wars with is a game from my youth. I honestly do not believe games die as long as people want to play them. 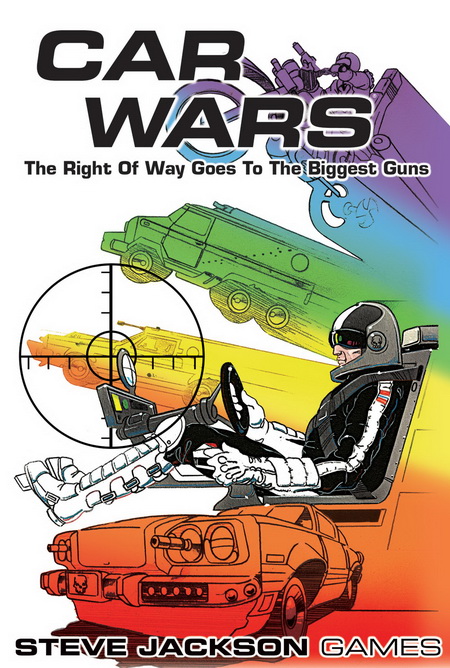