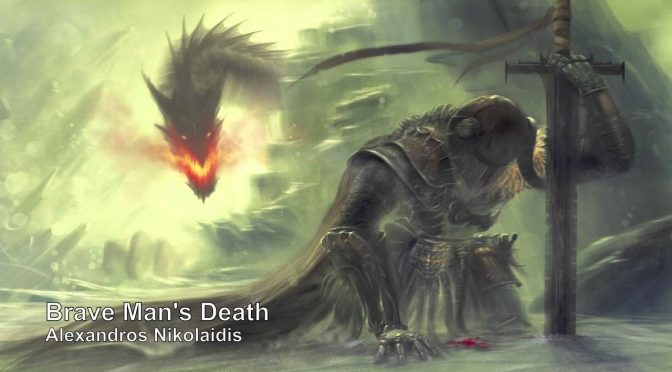 What advantage does killing a PC actually bring to a game?

Imagine that a PC party is fighting a gang of orcs and the main fighter is knocked out cold and the fight goes badly. In the end the magician grabs the cleric and using long door they escape.

So what happen next?

The GM has two options. The fighter is dead and the game session pretty much ends for that player has they have to create a new character*. The rest of the party head back to town and try and recruit a new muscle man for the adventure to continue. The other option is that the character is a captive of the orcs and the remaining PCs now need to mount a rescue. The fighter is master of his own destiny to some extent and can try and engineer their own escape.

I am not suggesting for a minute that the PCs should never die. Without that threat it robs the game of some of the sense of danger. A one hit death on the other hand adds nothing. An unconscious character is maybe capable of being revived if the party have the right healing. An unconscious character is still an active part of the story. Even if they cannot talk then are a burden that needs to be carried, slowing the party and changing their tactical choices.

Sure, the orcs can kill the character, maybe even eat them, but does a random roll of 66 on the critical table need to be so fatal?

There will be times when the characters death is inevitable or even desirable and a heroic death can top off a campaign perfectly.

This is an off the peg critical:

Neck strike shatters bone and severs an artery. Foe cannot breath and is inactive for 12 rnds. The poor fool then expires.

What are the chances that the foe will live for 12 rounds? I am guessing that if it is an orc then the PCs will finish it off just to make sure of the exp. If it is a PC that has taken the critical then either some kind of Fate point will be spent which reduces the fatal result to unconscious or causes a complete re-roll or the party healer averts the death or the GM fudges the result to keep the PC alive or the PC dies.

The Fate point option just reinforces what I am thinking, that the death doesn’t add anything to the game so additional optional rules are required to fix the broken rule.

The Healer healing the wound is the perfect outcome, even more so if the healer is another PC and not a rent a medic NPC. The rent a medic is really just a walking, talking GM fudge.

If the GM fudges the result then it is just pointing to the death being ‘not fun’ and so why is it in a game?

If the critical read Neck strike shatters bone and severs an artery. Foe cannot breath and is inactive for 12 rnds the passes out. The victim will die eventually unless help arrives.

The effect during the combat is identical but the death is no longer certain. It is down to the narrator to decide what is best for the heroes story.

What I think I would love to see is a critical that reads:

Crush foe’s skull. +30 hits. Opponent dies immediately or if they are a PC then they are unconscious. Add +20 to your next swing. You have a half rnd left to act.

Yes, an entire two-tier system with the odds inevitably stacked in the heroes’ favour. Surely, we are sat around the table to tell the heroes’ story and have fun doing it?

*not all new characters are 1st level so creating an 8th level character, for example, can take a damn sight longer than just a 1st level one to re-join the party with. 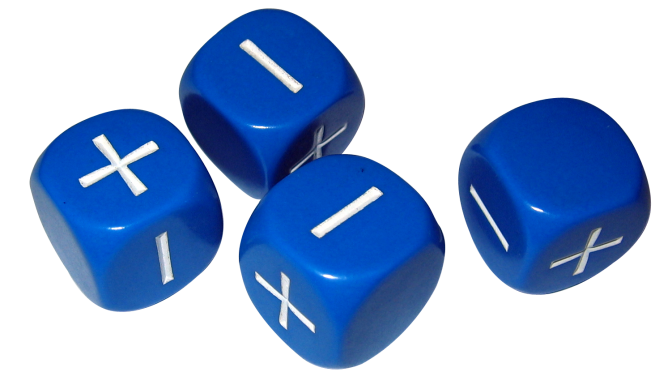 I am intrigued by ITDs critical tables. I have never seen them but it came up recently in a discussion on on armour by the piece that there are different critical tables by location and only three locations; limbs, head and body.

For me the only piece of RM that has to be retained is the critical; everything else has to earn its place at the table. If it is more effort that it adds to the game I am inclined to cut or replace it.

Despite my slash and burn approach to rules I am mostly still following the roll your dice, find the right table, look up the roll and roll your critical procedure.

In all the companions and discussions I have never seen a superior system. I don’t care about the #hits, the rounds of stun, the bleeding or whatever. It is the wit and dark humour I like and the graphic descriptions of wounds. You will never get that with 1d8 damage. Decades ago rolling a 20 and getting double damage used to excite me but “Your bolt goes right through his temple and stands there quivering. Astonishingly enough, he’s still standing. But any attempt to remove it will kill him instantly. +25 hits, stunned no parry 2 rnds and bleeding 12 hits/rnd.” is a level above. 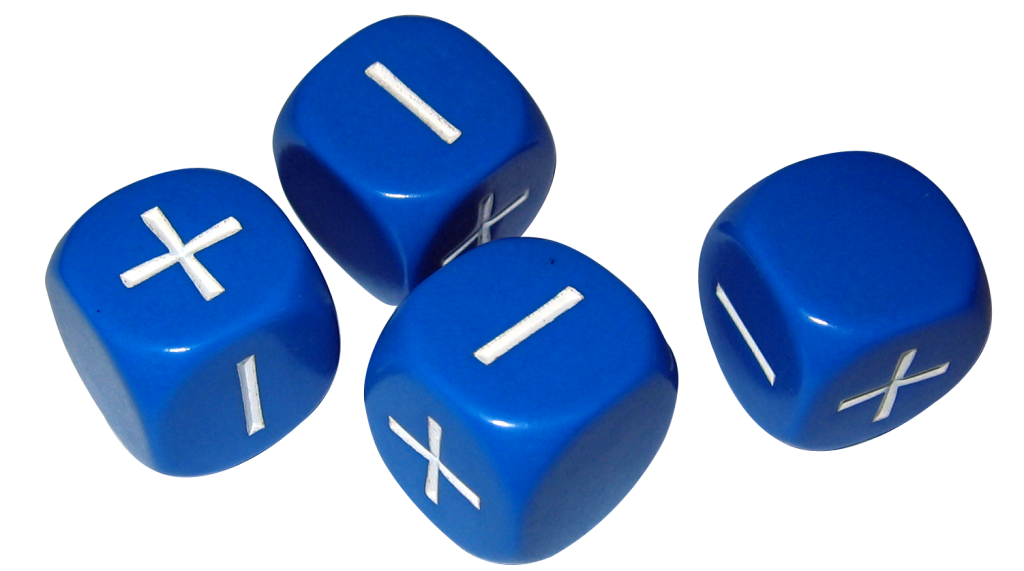 I have a half formed diceless RM combat system and I have an outline for HARP/FATE bastardised system. That uses the HARP critical tables and FATE dice and has a working title of FART.

FART is really good fun and fast to play. It just needs some time spent on it writing it up and putting it out there to the FATE community. The mission objective would be to hook FATE players into trying RMU once it is released. It is my understanding that FATE is one of the most successful games of recent years but despite that you will never get to put your crossbow bolt into someone’s head.

So we have ripped just about everything apart recently on here. What, in your perfect combat system, are the absolutely non-negotiable elements?

We all know the skills system(s) in Rolemaster are a bit of a shambles, the stats system is decidedly wonky with its 11 stats working in several different ways. The magic system seems to have as many people favouring HARP scalable spells as those that like the lists and those that like spells as skills. What almost everyone seems to agree on is that the Criticals with their mix of graphic description, dark humour make Rolemaster completely Rolemaster.

There was a recent forum thread about the condensed combat system that got rid of all the combat tables and criticals and just used #hits of damage. It didn’t take long before someone pointed out that if you only want to do hit points of damage then you may as well play that other system. Criticals are what make Rolemaster combat what it is.

There are those that cannot have enough tables.

There seem to be three camps of people when talking about combat and criticals. There are those that cannot have enough tables. They love the way that the damage from each and every weapon is modelled to interact with every kind of armour.  They cannot have enough critical tables to give graphic images of the wounds from every possible sort of harm from stress criticals to plasma weapons. 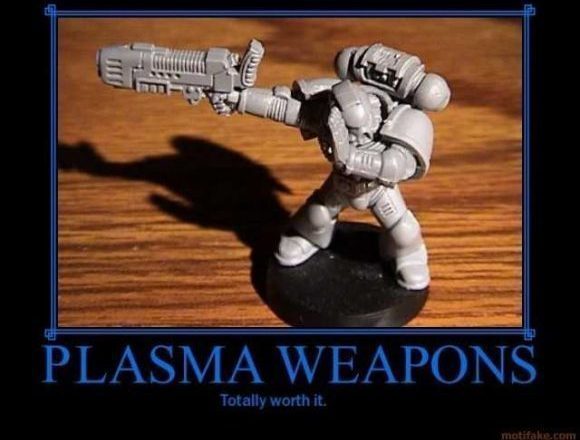 The next camp are more minimalist. I know some people use the MERP combat system that pretty much fits on 4 sheets of paper. One attack table for all slashing weapons, one for crushing and one for piercing and so on. These are condensed tables so they all fit on one or two pages. Another page has a single column for each critical type. An A critical is a straight D100, a B is D100+5, C a D100+10 and so on. the tables go from 01-120.

I do not go that far but my preferred version uses 18 pages to model every possible weapon, spell, falls and natural attacks. I don’t have puncture, slash and krush criticals, I get Arrow criticals for bows, long blade criticals for swords, club criticals for all the varieties of club and so on. One critical table for every one of the 18 attack types.

Finally, there are a few who seem to be content to roll damage on the dice and ignore criticals although these are few and far between so it appears.

There are pretty much three stages to combat, Initiative, the attack/parry/db roll and the critical roll. There are hours of discussion over initiative, optional rules, alternative systems, phases and action points that come in 4s or 5s and I have no idea which is the best option. I have my preferences and my players like it so the arguments do not impact us.

The actual attack roll stage is almost as hotly contested with zones of control, facings, positional modifiers, what penalties to apply or not, does size matter, how thick is your armour and so on.

It is only the critical roll that no one really seems to argue over. If I was to throw out everything else then it would be the critical rolls that I would keep. The only changes I have made over the years are to change which critical tables I use and to rewrite some criticals because they were becoming too familiar having been inflicted again and again.

I think the Critical is Rolemasters best feature and for a lot of us that makes other systems seem bland in comparison.