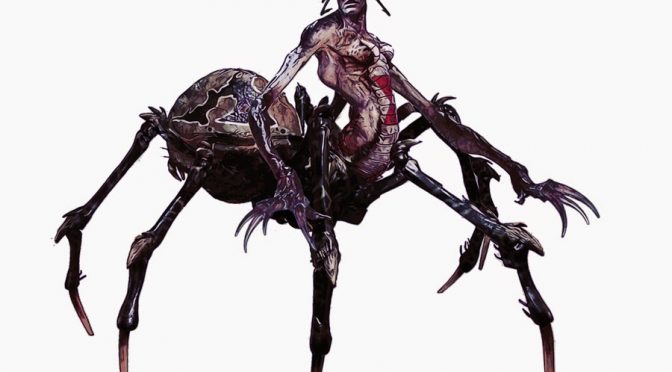 I have spent the weekend thinking about monsters. I have said many times before that I am a monster snob. I think Gelatinous Cubes and Black Puddings are better suited to nouveau cuisine than for battling player characters. I just cannot buy into them.

I think I put my finger on what it is that a monster needs to have for me to want to use them and it comes down to two factors.

I like my monsters to feel real, like they could actually exist. If you tell me that Orcs are an evil corruption of Elves then I can kind of get that. The reason they exist is that someone made them. They are evil because they were intentionally made that way.

I can buy into Dragons. Technically, I have seen just as many living dragons as I have dinosaurs. I have no problem in believing dinosaurs were real so why not have fantasy dragons in a fantasy world?

Puddings, cubes, cloakers and mimics just do not reach my credibility threshold when it comes to monsters.

My second criteria is the fear factor. I like my monsters to induce a sense of fear in my player characters. I don’t mean necessary the Resistance Roll inducing game mechanic sort of fear but the ‘Are we going to get out of this alive?’ sort of fear. In a recent game session the characters slowly retreated from ground floor to first floor to the attic as the monsters surrounded and closed in on them.

One of my favourite monsters is the Drider. Think spider centaur. The top half is a dark elf failed priestess of an evil spider goddess and the bottom half is giant spider. the reason for their existence is a punishment for failing to meet the goddesses standards. My players characters nearly met one once. They looked up at her nest and retreated. With a Drider you have to think an plan in three dimensions. They would throw amazing shadows down cave passages as they advanced. Retreating may not be an option either if you are being hemmed in by web filled passage ways. All you can hear is up ahead is the scuttle of spider legs on stone while silently above you another drifts down on a single strand of web out of the dark. 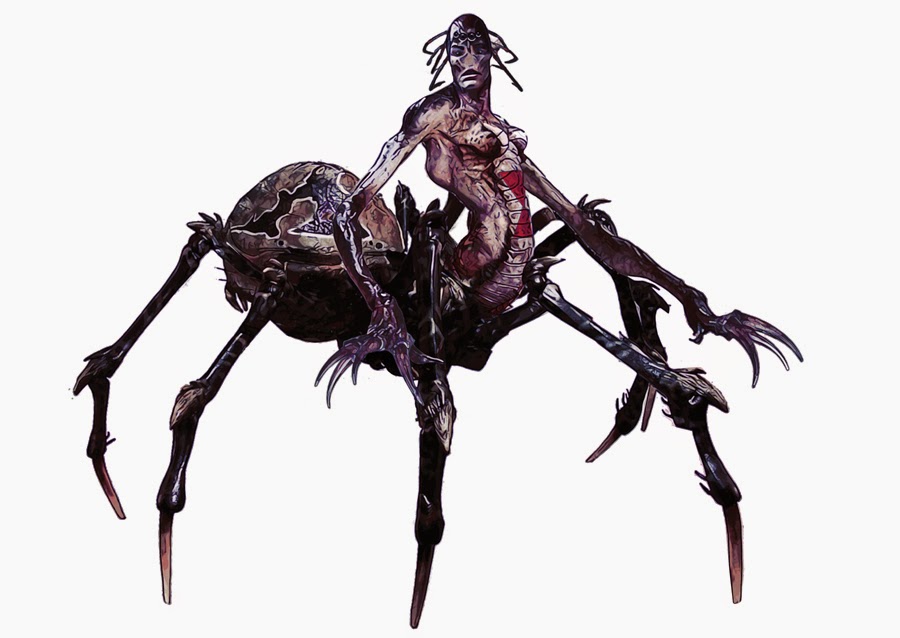 I have written something like 27 adventures in the last two months and one of the recurring themes is that of trying to scare the characters. I don’t think a straight, in your face, battle is that scary. Players know that most of the time the odds are in their favour as they are the heroes of the story. The GM is not out to kill them. At least I am not out to kill my players characters.

Give them a foe they cannot see, or cannot count, or do not understand and all of a sudden this is a not only a battle but it is a puzzle or trap on two legs (if you know what I mean).

So this brings me back to my thinking this weekend about monsters. A Kobold is not scary because you know it is weak. When you reach a certain level a giant is not that scary once you have killed eight of them. So I have been planning monster variations. Twists on existing monsters. These are subtly different from their brethren, just enough so that when they meet the heroes it makes the players think ‘That is not right!’.

After all, I do think there should ever be a ‘comfort zone’ in a dungeon, should there?