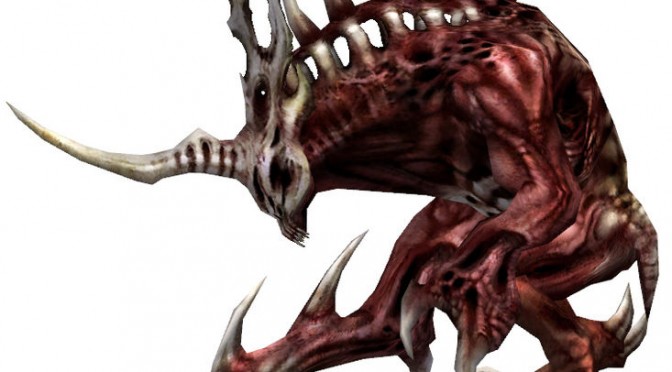 I am still trying to read as much Realms Lore as possible and one of the things that struck me was that Golems are a fairly common magical defence for the spell casters of Faerun but there is no mechanism for their creation in Rolemaster (that I know of).

Under the ‘good old days’ of Rolemaster 2nd Edition (RM2) there should have been a whole companion dedicated to Golems and at least a profession of Golem maker.

What I like about Rolemaster Classic (RMC) is that it does not come with that huge canon of companions and expansions. Just three pages from Spell Law are about all you need to introduce a coherent set of spells needed to introduce Golems into your world.

Firstly lets have a look at a Golem. A flesh golem is a 5th level creature. The description is pretty much what you would expect if you are familiar with the D&D creature, a sort of Frankenstein’s monster inbued with a spirit. I don’t see this as an inherently evil act, it is not particularly pleasant and not to be done on the kitchen table but I do not want to restrict the construction of flesh golems to the evil magician profession.

Here is how I want to approach it. I am assuming that creating the flesh golem is not that different from creating an undead. Rather than having to have a whole dead body the body may be constructed from different parts but the body needs to exist and is not created by the spell. The Golem is 5th level and a Type III undead is also 5th level. To create a Type III undead requires an 11th level spell (Necromancy, Evil Clearic Base List). I think this is just about the right level and 11th level is a bit special. Hybrid and Semi spell users cannot cast 11th or higher level spells unless they have chosen the list as one of their base lists. This will keep Golems on the rare side and not something that everyone seems to do. Below is the description for the Create Undead I spell, Create Undead III just allows upto type III udead to be created.

-5. Create Undead I – Given a body that has been dead less than 1 week, the caster can turn the body into a Class I Undead. The Undead will attempt to attack the closest living being (if uncontrolled), but can take no other activity other than moving to the being and attacking. If controlled, the Undead will do anything (within its capabilities) that the caster wills. The Undead can be Dispelled, Repelled, or just smashed into little pieces.

Given a suitable body the caster can turn the body into a Flesh Golem. The Golem will attempt to attack the closest living being (if uncontrolled), but can take no other activity other than moving to the being and attacking. If controlled, the Golem will do anything within its capabilities.

So what list does this belong on? I could create a ‘Golem Ways’, or Golem Mastery list as I am not going to stop at just flesh golems and that is a real possibility but the key here is that the golem is a body inbued with a spirit and one of the cornerstone spell lists for nearly all essence spell users is Spirit Mastery. So I am going to put this on the spirit mastery list.

We still have an outstanding problem though. Our golem is uncontrolled. We need a way of controllling it. On the spirit mastery spell list, the stock 11th level spell is Quest

-11. Quest – Target is given one task; failure results in a penalty determined by the GM (task must be within capabilities of target). If the target ignores the quest, they will suffer the same effects as for failure.

This is perfect! As soon as the Golem is created you then have to give it a quest, the quest being its purpose. This means that the purpose must be defined at the time of creation. This will stop a player from creating an army of golems to do act as general purpose soldiers. The failure condition I would rule will release the spirit from the golem effectively killing it.

The three pages of spell law are pages 52-54, Spell Research. Our spell right now does not exist. For a spell caster to learn it they will need to do the research. To research an 11th level spell takes 8 months 1 week. (33 weeks) assuming 8-10 hours a day, 7 days a week. (in RMU it will only take 18 weeks as a different formula is used for spell research durations.) As a rule of thumb that is not something that most PCs are going to do but they could if it was that important. The spell could be taught to another spell caster who knew Spirit Mastery already in 8 weeks. Now that is short enough to fit into most campaigns. I have seen characters with wounds that took longer to heal than that. This even is beginning to sound like a reason to go on an adventure to find someone who has already researched this sort of magic and so on.

What  have described is the process to give this spell to essence users but there is no reason why this does not appear on the necromancy list or at a stretch on the Life Mastery list (Cleric Base). On that list 12th level is the first time a Cleric can actually raise the dead so binding a soul into a flesh body is still viable if the clerics god would allow that. The 11th level Sorcerer Soul Destruction list acutally has a spell that can transfer part of a soul into an organic object. If they are already moving souls around this could then fit in here as well. These other professions may lack the Quest part of the process but then they just need to research that if there is no suitable spell available.

Flesh Golems are all very well but you wouldn’t want to take one home to meet your parents.

A Stone Golem is 10th level and a Type IV undead is 10th level. I think we have a match there. I would put it on the Earth Law list for the Magician but equally it fits on Solid Manipulation. The matching Create Undead spell is 15th level so I would put Create Stone Golem at 15th level. It would still need the 11th level Quest spell to control it. Iron Golems are 15th level and the matching undead spell is 25th level.

The question is, is it worth creating an entire list of for creating constructs? There are all sorts of things that could be created this way from stone gargoyles, living statues and animated suits of armour. You could dot the spells around on suitable lists such as animate object spells on the Essence Hand or Telekinesis lists or bring them all together.

It is my preference, and nothing but preference, to dot them around the other lists. If I put them all together and a player learns that list they are going to want to use it, logically enough. Whilst golems are no more powerful than undead social convention prevents them [the undead] from being used excessively. Stone Golems on the other hand could be placed around the formal gardens of a house with a purpose of protecting the inhabitants in great number. Suits of armour could line every hallway ready to leap into action and so on.

If you are familiar with Faerun then you will know that golems are use a lot as protectors of magicians towers, bank vaults and the like. Now I have the mechanism for their creation and control.