One of my favorite features of Middle-Earth Role Playing is its Background Options Table. Oh, man, how fun it is to put those points into rolls on the Special Abilities and the Special Items charts. I allow my player-characters to roll only once each on these tables, but how disappointing if the player rolls something mundane like +5 to a primary skill or +15 to a secondary skill or something just weird or out of concept such as “Infravision”? Anyway, I soon learned that the real mini-game was to maximize stat increases to higher Bonus thresholds. If this process left any points left over (in other words, if the next stat bonus was out of reach), then one could drop a point into the Special Items table.

Against the Darkmaster (VsD) provides Background Options, at first glance, in a manner similar to MERP. As in MERP, the number of Background Points to be spent is determined by the character’s Kin, and they are spent according to a menu of options. Unlike MERP, however, there are no random rolls on these Background tables. In fact, they almost can’t be described as tables. At least according to the QuickStart, each option has two “Tiers.” The first Tier always costs a single point. The cost of the second Tier varies according to its in-game “power” but seems to average 3 points. A player need not spend points on both Tiers of a single option but gains the benefits of both options if he spends points on the second Tier. Here is an example of a Background Option:

I chose to share this option because it’s easy to photograph and because it’s a good example of how Background Options can inform the narrative elements of a character’s backstory. Most of the Background Options contain a narrative element that is conducive for emulating the heroic aspect of VsD’s source material, and all of these features are tied to a mechanical benefit.

I think this is where the design choices in VsD become most compelling. I love these options! They work very well in my games, both by adding “character” to the PCs and by awarding them cool toys. I could do with pages and pages of these things, and who knows, maybe I’ll get them with the full game. The QS contains just two pages of Options, more like a page and a half, really—eight Options total. But they’re very well-chosen! My players haven’t had any problems finding something attractive for them. Our only difficulty had been how the description of an important feature has been inadvertently left out of Elven Training, but the designers quickly and willingly supplied us with that missing information.

VsD’s mechanic tying Passions to Drive likewise encourages more detailed character backgrounds and character-driven campaign play, something that pleases me. I’ve already pointed out how, at this stage in VsD’s development, the guidelines for players developing Passions are inadequate, particularly if Passions are tied to stereotypical features regarding Kin. But, when carefully chosen, Passions work well, and, so far, they have been working for all of my players.

I have been thinking of Passions as composed of three parts, but, looking again, I see that the designers describe Passions as three distinct elements: Motivation, Nature, and Allegiance. Motivation is, essentially, what the character wants to do; Nature is her demeanor or personality; Allegiance is his faction. In my games, the only Passion that has been driving the campaign is Motivation. Nature, in time, might become more important, but I tend to see character personalities emerge throughout gameplay, and my current games still are in their “Adolescence.” Finally, as a gamer said at my first tabletop session, “Allegiance might change from session to session.” I’ll explain the mechanical implications of Passions after I cover Drive.

Every PC begins play with 1 Drive Point. This, essentially, is a heroic resource with a menu of applications. Rather than going through all of them, I’ll give arguably the most common use: a Drive Point can be spent to immediately re-roll any failed roll with an automatic +10. There are explanations for how multiple spends might “stack.” A character can’t possess more than 5 Drive Points, and, if a character is fortunate enough ever to have 5 Drive Points, all 5 might be spent at once for some truly sensational effects.

At first glance, to me, it looks like just another thing to track, but I’ve seen these points get used twice already, and I think the mechanic will be an enjoyable feature. I’ve even had occasion to award a Drive Point, and now is the time to show how Passions interact with Drive Points. The QS says,

Whenever a character willingly puts himself into a dangerous situation, in a challenge, puts himself in a bad light because of one of their Passions, or makes the story change in a new and interesting direction following their Passion, they then gets to increase their Drive score by one – to a maximum of five.

I can provide an example from my first session. A PC’s Motivation is to recover an abducted sibling. A member of a rival desert tribe, claiming to have information regarding the PC’s sister’s capture, met with the PC. Trying to determine if the NPC was trustworthy, the PC Critically Failed a roll, which caused the NPC to withdraw from the interaction. Later, desperate to learn more about his family member, the PC stepped in front of this new antagonist (who was quite dangerous, a third Level Assassin), gave him a gift, and with fancy words implored his help.

“Take a Drive Point,” I said. And, of course, the PC received his information.

A last observation is that the designers of VsD seem to hope that the Passions mechanics will knit together the PC group, writing,

Creating interesting Passions is a collective process that really must involve all the players at the table, since it’s vital for a VsD game to come alive with vibrant and interesting characters, and it’s also an excellent opportunity to tie characters to each other and to NPCs and root them to the story.

Perhaps some groups will have the collective conversation that the QS describes, but I found myself working individually with each player to define, for that PC, a Motivation. Then, multiple PC Motivations in mind, I endeavored to give the group a shared goal, a reason to be together, that at least hinted at the possibility of everyone in the group attaining his Motivations separately. I can see new GMs having difficulty with this—weaving together the strands of individual character narratives. It’s possible that either the new GM will push the players towards one shared goal, a direction that could be intuited from the QS’s words about collective world building, or risk the PCs venturing forth in separate directions. I expect the full rules will contain thorough directions about this aspect of VsD.

Next will be Adventuring! So I will “mop up” with some final observations on Character Creation. Finishing Touches and Derived Attributes are as follows: every character has a Base Move Rate of 15m; Defense is the character’s Swiftness or 0, whichever is higher; Save Rolls are calculated from the relevant Stat, Kin and other bonuses and # character level x 5; total HP are starting HP and total Body Skill (the QS appears to erroneously leave out starting HP); and total Magic Points are the relevant Stat/10 (round down) per level + bonus MPs for Kin, Vocation and Items (such as Spell Adders). Our characters are done! 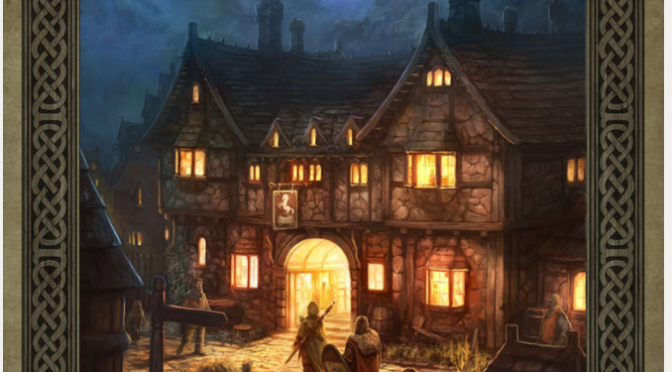 Brian recently touched upon the need for Rolemaster to fully commit to Shadow World as its default setting. I am 100% behind this idea.

It is obvious from Brian’s deconstructions that as soon as you start to look critically as Spell Law that the amount of setting specific magic is far greater than one would have given credit for initially. This will always be most pronounced in the Channelling realm as gods have a big role to play in most fantasy settings. That then throws up the issue of why is a cleric of a fire god just as good at healing as a god of healing?

I think it was in Rolemaster Companion IV that they introduced deity specific base lists and I have been using them ever since. For most of my games I have not had a problem with Clerics being broken.

The first version of Spell Law that I used was the blue text with the naff handwritten font. I wasn’t comic sans but it was not far off. Apart from lay out improvements I don’t think Spell Law has changed much since that first edition and I think that may explain some of the problems.

Spell Law was intended as a drop in replacement for the AD&D magic system. I am playing Rolemaster in the Forgotten Realms which is an AD&D setting. My game is set after the time of troubles which gives me areas of wild magic which are not unlike esseance storms.

In AD&D all clerics could cast cure light wounds and at higher level finger of death and raise dead. They could commune with their god and they can turn the undead.

Rolemaster Clerics can cast all the closed healing lists, they can use absolution for the finger of death, life giving for raise dead and there is a whole list for communing and another for repulsing the undead.

RM Clerics are a perfect fit for AD&D Clerics. The fault lines that Brian experiences do not manifest in my games because Spell Law is written to fit the AD&D tropes.

This just goes to show that not only is Spell Law well over due a complete overhaul but BASiL is the way forward.

I don’t care if most people use Shadow World or not. If you set RM, and specifically RMU, to use Shadow World as the default setting, tie in all the rulebook examples to that setting, feature a starting adventure in the setting and describe magic against the Shadow World context then you will have a much richer product.

To all intents and purposes MERP is a homebrew setting these days. Yes, there are old books that are mostly compatible but there is nothing new and there never will be. It is as easy to convert from Cubicle 7’s One Ring or 5e Adventures in Middle Earth resources to RMU as it is to convert from the 1980s MERP region books. 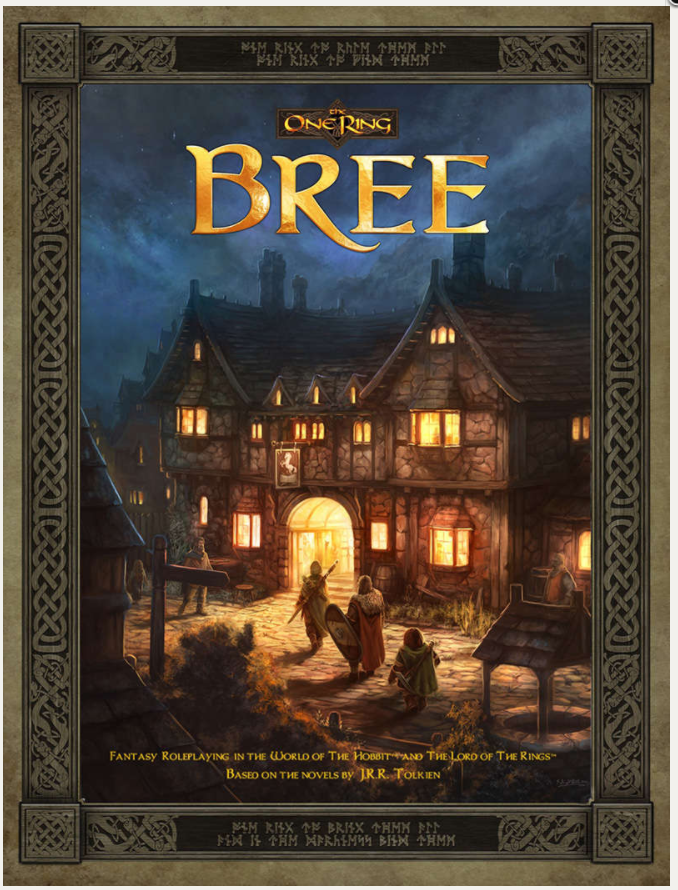 I do not think you can divorce setting from rules once you start to look at magic and channelling magic most of all.

It is not only the magic system but the unique monsters and races that make the setting from a rules perspective. The companion I gave me all the AD&D races I needed but I still see questions on the ICE forums about Shadow World races.

With RMU it is going to be easy to create balanced races but I don’t think ICE customers buying ICE games to play in an ICE setting should have to make the things up themselves!

I don’t think I am a diva or over demanding or is joined up thinking too much to ask?