26th Which RPG provides the most useful resources.

Having read other people answers to this already it is funny how they all cancel out. Some say Pathfinder has the best resources and then others that Pathfinder is a victim of its own bloat. Some say the new D&D 5e online service is amazing but then admit that none of their players have even made an account so paying more to be able to share resources was money down the drain.

I am a less is more sort of person and for me most of the companions I junked anyway even when playing RM2. When I started afresh with RMC not having the companions was a blessed relief.

I am going back to my old time favourite of Car Wars again. There were loads of expansions for it but none of them made the game more complicated. There was an expansion for trucks but that just added a new vehicle type. The game remained the same but players got to face new challenges. Half of those little plastic boxes were filled with battle maps such as Truck Stop that were big enough to cover your dining room table. There was a periodical, Autoduel Quarterly, that released regular new material. I think everyone eagerly awaited any new equipment! There were also adventures, there were two that I remember buying Turbo fire and Hell on Wheels. Hell on Wheels ended up becoming the launch point of an entire campaign as the starting character had a really cool Lamborghini Countach which has to be the best starting equipment for a new character ever! 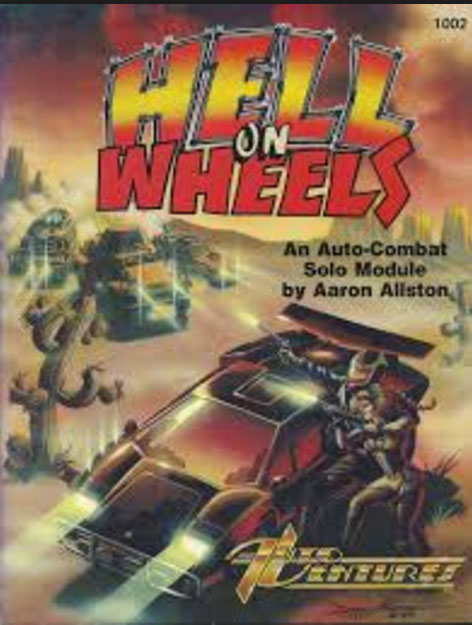 So that is my answer, Car Wars again.

27th What are your essential tools for good gaming?

Post-it notes! I love them and with the best prep in the world you are still going to have to make and record changes on the fly and that is where Post-it notes come in. I also use them for recording NPC turns of phrase when talking, key strategies when in combat and important magic items so I don’t realise AFTER they are dead that they had a staff of teleport and would have bugged out long ago!

A post-its and pencils are the things I cannot do without, even dice are optional but those are my essentials.

28th What film/series is the biggest source of quotes in your group?

I think the answer is probably anything by Monty Python, absolutely anything and everything they have ever done is likely to come up at some point.