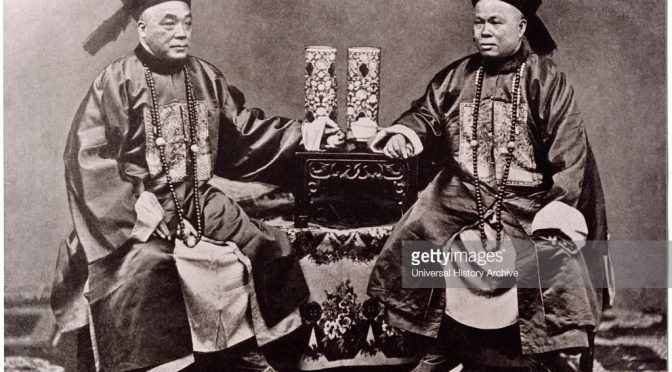 This actually took place a while ago now but what with Christmas and the #12daysofRolemaster this post got pushed back somewhat.  My playtest player is back from university soon and it suddenly dawned on me that I never posted this write up. It was also useful to me to come back up to speed with where Gao is.

We left Gao out cold after losing a sword fight with a couple of assassins. Unbeknownst to Gao the assassins had left him for dead. The Emperor had used the body of the assassin that Gao had disabled to cover himself with fresh blood and had played dead.  Eventually the assassins had been discovered by the palace guards, the alarm raised and a running battle ensued as the assassins attempted to flee though the Forbidden City.

The Emperor had been recovering in bed when the assassins had attacked having been magically healed by a court healer (lay healer). The Emperor’s wounds and Gao’s had me go over the healing rules in Arms & Character Law. I did really want to use the rules as written but there is no way on earth I am ever going to apply those healing rules. The rules would have had Gao laid up in bed for 10 days given the Injuries and Recovery roll and by chance there would have been a permanent injury because of an even double roll! In my RMC game we use cinematic healing and the same will apply here. The issue is not just with, possibly, realistic healing times but also the plot was supposed to follow this thread. The Emperor has witnessed first hand that Gao saved his life on the night of the first attack and saved it again on the second when someone had obviously arranged for the guards to be elsewhere. When no one can be trusted at court Gao is the shining exception. Thus the Emperor can entrust Gao with the task of finding who the assassins are working for. If Gao is laid up for 10 days then this is ridiculous and any trail would be stone cold by then and even the Emperor would not sit on his hands for nearly two weeks doing nothing when assassins could strike at any time. One option would be to massively up the level of the Lay Healer. The way the spell acquisition works in RMU a 25th level Lay Healer would be more than capable of solving the whole conspiracy anyway without Gao so the whole adventure is moot. Option ‘B’ is to go back to Cinematic healing. This heals Gao’s broken bones in 10 hours rather than 10 days and giving him his #hits back is not a problem.

So on with the adventure!

Gao wakes up in a comfortable bed overlooking a tranquil palace garden being attended by many servants. His aches and pains have gone but he has no memory of anything since being in the fight with the assassins. Soon after he is awake an official brings him the Emperors gratitude and a request to attend the Emperor in his chambers. What happens is the Emperor explains that no one can be trusted except just a few of his closest advisors, including the court healer who could easily have declared the Emperors original chest wound fatal and allowed him to die though inaction. Simply by healing the Emperor he has proven his loyalty. As no one else can be trusted it falls on Gao to find the traitor that is plotting against the Emperor. There are some clues to start off with. The assassins’ weapons all bear the makers mark of an honoured sword smith here in the Forbidden City. Furthermore, three of the assassins that were killed have been identified as men sentenced to months in a cangue (punishment cage) for violent crimes. It is possible that these men had bought their freedom in agreeing to slay the Emperor. Gao gets a set of documents that give him freedom of movement around the city and a rank equivalent to an auditor or tax collector that means he had great authority. This comes complete with an over robe bearing a square badge displaying a Peacock known as a Mandarin Square.

The audience ends with Gao being given a fine quality Qi Jian. I am not normally in favour of giving out free bonus items but the combat last time was so disappointing and the fact that with only one PC the chances of him being out numbered is great I think he needs a bit of added fire power.

Gao leaves the palace and decides to investigate the sword smith first. What follows is three failed perception rolls cumulating in an open ended downwards which leaves him completely miss informed. The emperor had sent a couple of trusted guards individually to shadow Gao with two ideas in mind. If they are loyal then should be able to lend him some assistance if he gets into trouble. If one is loyal and the other is not, then chances are the traitorous one will try and kill Gao and the second will still be able to assist him. If both are traitorous then Gao will die but two more traitors have been exposed.

The player had been trying to see if anyone was following him through the narrow streets of the city or looking suspicious. The failed rolls had meant that the guards were not spotted but at this point I made a mistake. I thought that with the open ended roll leaving Gao completely miss informed I would tell him that one of the stall holders was paying a bit too much attention to him. This send the player into a spin of paranoia and and at one point the player was considering doubling back to kill the stall holder. I think in retrospect I should have ignored the OE downwards and just treated it as a normal failure. That cost us a great deal of the game session, we live and learn.

Eventually we arrived at the weapon smiths abode. It is a double storey building with sloping red tiled roof and a central courtyard. Dragon shaped ‘gargoyles’ project from under the roof tiles carry rain water away from the walls and ornate iron gates, again with the dragon motif give access to the courtyard.

Gao has the vocational skill for Oriental Administration so he knows how to act as a tax collector and his plan was to inspect the weapon smith’s order books to see who bought the weapons. Gao decided to go in heavy handed and try an intimidate the weapon smith. Seeing as he is dressed in official mandarin garb and has all the right credentials I gave Gao a +20 to his intimidation attempt but as it happens he didn’t need it, he succeeded with his natural skill. Furthermore, Gao makes a Vocational skill roll to understand the order books and the abbreviations and marks. This is only partially successful but he gets the weapon smith to explain what he doesn’t understand. It turns out that weapons were ordered and paid for by a Magistrate here inside the Forbidden City. The only address is for the palace and the weapons were collected in person so he does not have a delivery address. These blades stuck in the weapon smith’s memory because he made 4 sets of 8 blades. 8 is the luckiest of numbers representing fortune but 4 is the number of death. Most of his orders are for pairs of blades as these are both lucky and bring peace.

Gao decided that he was probably dealing with an innocent here and commanding the weapon smith to report any more orders by the magistrate directly to the palace for approval in future he left the workshop.

Leaving the shop Gao again totally failed to spot anyone following him or acting suspiciously.

Before the session started I had not decided if one, both or neither of the guards following Gao were actually traitors. I try and have one combat per session but with all the faffing about with fake spies earlier I decided to just roll and see if either of these guards had it in for Gao. As it happens the first I rolled for turned out to be a traitor. I also habitually roll the Empathy, Reasoning and Self Discipline of my casual NPCs so I can get an idea of how to play them. This first guard has a 12 Empathy, 92 for Reasoning and 19 for SD. It is not a great leap to guess that he has worked out that Gao is now heading to the guard house and this is not good for the traitors. Gao is heading straight towards him when Guard 1 draws his Qi Jian and attacks. This fight turned into another grind it out, chipping away at #hits. Neither combatant moved much, the first guard caught Gao flat footed etc. but the attack roll was abysmal and after that they stood in the street and parried and counter attacked at each other. Gao slowly increased the percentage of his OB to attack once he realised the person fighting him was not getting through. The worst critical inflicted in 6 rounds was 5AK. Previously I had not read up on the changes to stun so this time rather than having Dazed, staggered and so on we just had the different levels of stun (-25/-50/-75). This didn’t make much difference but the important thing in this fight was the fact that the traitor guard is alive despite being unconscious.

That is where we left this session. Gao is down to 12#hits and is standing over the knocked out guard.

I am hoping next week to be able to continue this game using RMU Beta 2. I am using the Beta RAW with the exception of the changes listed in JDales New Tables thread on the forums and next time I will be using double the #hits damage as discussed on the forum.