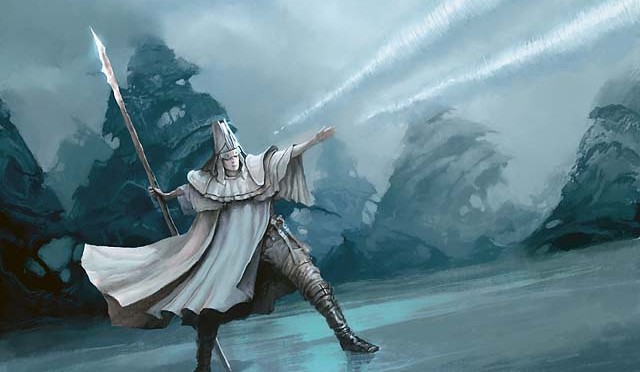 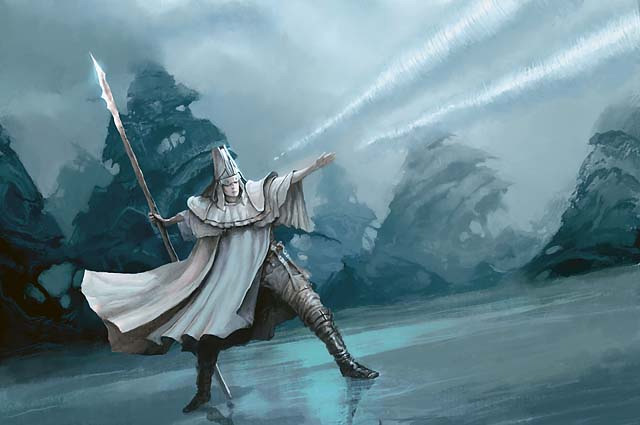 A great many professions can only realistically expected to develop one weapon skill. This is especially true of the pure and hybrid spell casters whose points cost are normally along the lines of 9, 20, 20 , 20 and so on. If your concept of the spell caster was layed down in your formative years playing D&D then it is almost instictive to think dagger or staff for your weapon. The lord of the rings movies atleast give Gandalf a sword. I think spears should be the ‘go to’ weapon of choice.

Here is my reasoning.

This was going to be ten good reasons for carrying a spear but as you can see the spear gets 11 or 10. What more can I say?