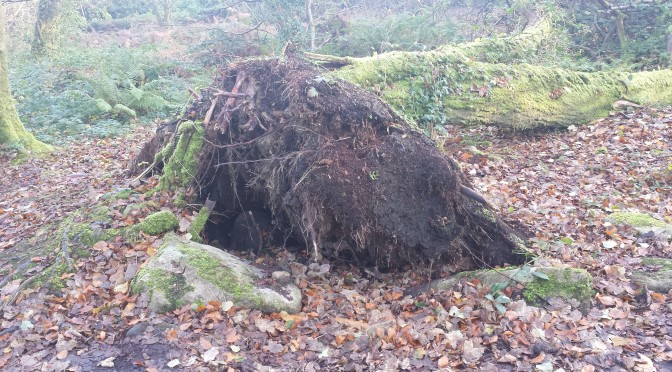 I am building an NPC and this one is a going to have a few unique spells. I am not one that goes looking for work to do so I am more than happy to take an existing spell, change the special effects and see how far that gets me. Now want I wanted was a spell that tearst he world apart and hurls it at the players, so nothing too spectacular.

What is the easiest way to do this?

At first glance this seemed to be an extremely powerful version of the Hurling spell from the Telekinsis/Essence Hand lists. These pick up cobblestone sized lumps of rock and throw them at the target. If I wanted hundreds of bits of rock then this is a big step up.

I then thought about making it area of effect and that then made me think of Stun Cloud on the magicians Wind Law list.

4. Stun Cloud I – Creates a 5’’R cloud of
charged gas particles: delivers a ‘C’ Electricity
critical on first and second rounds, a ‘B’
on rounds 3 and 4, and a ‘A’ on rounds 5
and 6. It drifts with the wind and affects all
in radius. The cloud takes one round to
form, so anyone in the radius when it is cast
may make a maneuver to move out of the
radius without taking a critical; however,
after that anyone within the radius at
anytime in the round takes the critical
indicated (a maximum of one per round).

So if I turn the Electricity criticals into Krush criticals and the cloud is a vortex of flying stones, rocks, earth and debris would that fit the bill? I think it does. It is no more powerful than the Stun Cloud original but because the special effect is so different It is hardly recognisable in play when it is cast.

My players are so experienced that when we were playing in Shadow World the Mage’s player could identify spells and deduce professions and levels pretty quickly. They find it harder in my game for a couple of reasons.

Firstly, I only describe the special effects and not the give the spell name. They were the target of a Shock Bolt recently and I described the caster touching the floor and white energy arcing along the cracks between the flagstones as it raced towards the character being targetted. As it happens the player said they made sure they were not standing on any cracks on the pavement and as it happens the shock bolt missed and now they think they would only be effected if you stand on the cracks. This was not a new spell, it was just a different description of a shock bolt.

Secondly nearly ever caster has at least one spell they have researched themselves in my game. I mostly do low level spells as if this is part of the casters passage from apprentice to journeyman. If there are genuinely new spells out there then the it is hard to try and second guess the level and profession of the caster.

So coming back to my Cloud of Debris spell. It would make a useful addition to Earth Law, a list that lacks much in the way of offence anyway. It is low level at 4th and I see no reason why this variant is any more or less powerful than the Wind Law version and it gives the the leighway to create either a larger radius version or a Death Cloud version if I need it.

In my game most magicians tend to only have one or two of their base lists, it is just too hard to learn spell lists to concentrate on just your base lists and ignore all the open and closed lists. A 10th level magician would probably only have 8 lists in total. At that point they also have to choose between learning more at 1-10th or learning some at 11-20th.

Given those conditions then Essence Hand + Earth Law plus at my new spell and you have an effective villain. A Death Cloud (Cloud of Stones?) version would weigh in at 11th level and deliver a couple of rounds of E krush criticals and 10 criticals in total if anyone was stupid enough to stay in the radius.

I like this idea, I think it fits the bill and it wasn’t too much work either!