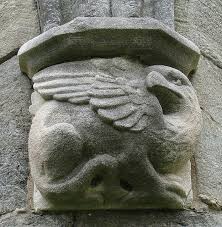 Shadow World is well stocked with interesting groups and organizations: Navigators, Loremasters, the Iron Wind, Cult of Stars, the list goes on and on. But what organization might be accessible to, and make for a good starting foundation for starting players?

Tucked into the module Jaiman, the Land of Twilight is a good candidate: Gryphon College. Gryphon College is a small monastic school that hides a secret: the institution is a façade for an intel gathering and strike team force working against the Unlife. The college hosts around 100 students, but a smaller elite group of 14 make up the Gryphons. It’s assumed that the college draws from the student body to staff this force.

This is a great premise for a starting group. The college becomes the reason for the players to meet and group up (and learn starting skills), and the hidden machinations of the school give the PCs opportunities to go on missions. Perhaps this starts as seemingly innocent errands, but eventually gives the players an opportunity to join the ranks of the Gryphons!

So, what are the Gryphons? They are goddamn Batmans! Each Gryphon is equipped with mechanical wings—jagged bat like apparatus that allow them to fly and they have small wrist mounted dart guns. Give them functional black leather armor and utility belts and you have a squad of Dark Knights. I can imagine a number of other gadgets, magical devices and alchemical tricks that could add to the overall cool factor.

So let’s review, starting the players at Gryphon College:

If you are curious about playing in Shadow World, and want to know where to start, pick up a copy of Jaiman. Used copies are always on eBay and Amazon.