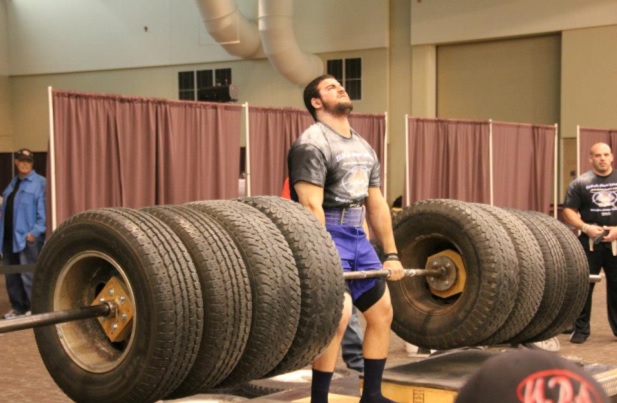 A nice round 11 stats

Deconstructing Rolemaster a little, the stats system is not particularly outstanding. The whole stats system lacks conviction, there is one option to use just a single stat bonus with skills, another to use the average of two or three stats and the latest version with smaller stat bonuses that are added together. If you bring HARP into the frame then there are 8 stats, in Rolemaster there are 10 stats if you ignore the poor relation of Appearance that makes 11 stats.

Appearance is rolled like all the other stats but then modified by Presence. Take a look at this example from the RMC Character Law pg33

Example 2: Linthea is 6’1″ and 170 pounds. Tall and lithe, she stands out among humans. Her hair is a deep brown, and is quite pretty when down, but most often kept tied in a bun at the back of her head. Her green eyes have a slightly slitted pupil, and her pointed ears also show her elvish ancestry, though she has earlobes like a human. Lauren rolls a 38 for appearance, +10 for Linthea’s presence modification. A 48 is slightly below average, the GM explains that her half human appearance is found odd by the elves. Among humans Linthea is considered exotic and attractive, though she sees herself as plain. Her persona is quite friendly for an elf, but among humans she comes across as reserved, mysterious, and a trifle odd.

The bold text is added by me to highlight the pertinent point. No other stat is modified in this way. All the other stats are pretty much 1-100 for ‘normal’ people but not Appearance. Appearance works on a -24 to 125 scale.

This is one of those “Rolemasterisms”. I have complained in the past about how the skill system is so inconsistent. To put it briefly some skills cancel out minuses such as armour skills, some are 101+ for success or failure, some are incremental, some give +5 per rank (then +2, +½ etc.), some give +1 for every rank. Most have stat bonuses, some have none, some use one pricing rule like weapons, and musical instruments and others use a different system (the 2/6 for two ranks). Some are disposable, like spell lists where once you have the list you discard the ranks (this is important if a caster stops learning a one list to start another) and so on. There are so many variations it is hard to keep track. Don’t get me started on the skills with special rules and the ones with almost magical powers like the adrenal moves, disarming, iai strike and stunned maneuver!

The stats situation is not as bad but it is in the same vein. Some stats give development points, some don’t, some stats are used only for stat bonuses but others like Constitution and Quickness have a massive impact, hits and DB in this case. Then you get powerpoints. You have a different stat depending on your realm, or the average if you are a hybrid.

If you have high stats at 1st level then if all things are equal then you will massivelyh out strip your companions in experience and levels as you get more DPs, so more skills, so you can do more and earn more experience.

At mid to higher level stats are irrelevent. You may have a total skill bonus of +150 or more but the difference between a character with an average stat of about 50 and an exceptional character with a 90 is just ±10 on that total.

All in all if you look at Rolemaster stats too closely you see just what a hodge podge they really are.

Brih has been posting some of his groups house rules or hacks. This has inspired me to put forward some of my proposed house rules for an up coming game.  I have alluded to many of these in the past but I have never listed them explictily. So there is Part I of character creation namely generating some stats.

My favourist game ever for character creation was Champions (or Hero System as it is now). That gave you complete freedom of all of time and space to drw your inspiration from and all the characters were equally balanced. Hero System was a point buy system and so that is where I intend to go with character crreation.

I went through the Rolemaster RM2 companions over the weekend and none of them had a point buy system for RM2 or RMC. If there was one for RMSS/RMFRP I don’t know it as I don’t have any of those books. I have drawn my inspiration from some of the RMU beta rules.

There seem to be three philosophies with RM point buy systems. Firstly you have a big pool of points and all your stats start at 0. Second, you stats all start at 50 and you have a small pool of points and finally all stats start at 50 but you buy stat bonuses not the stats themselves. The first option is the one that my PBP Spacemaster GM has employed. There we rolled 10D10 and added that to a base 700 points to give our point total to spend. The third option is the one used by RMU. You get 10 points to spend on your stat bonuses. you can get more points by taking minuses on other stats.

I am going to use the middle option of all stats start at 50 and you get 250 points to spend on your stats. You can lower a stat to get more points somewhere else if you want.

The flaw in my system would be that in standard RM stats anything between 26 and 75 give you no bonus or penalty there is no reason why not to reduce any stats you do now explicitly need down to 26 and spend those points boosting other more important stats.

To counter this I am going to use a smoothed stat bonus table. While I am talking about stat bonuses I am also going to adopt the RMU standard of smaller stat bonuses that get added together for skills rather than the averaged method used in RMC/RM2. So what does this stat table look like?

This table discourages ‘buying down’ stats as the penalties for low stats start at just 47.

The only complications come from ‘single stat’ rolls. As an example if a player asked “Can my character remember reading anything about this legend as a student?” I would normally ask the player to roll a Memory (OE D100 roll with their Memory stat bonus as a modifier) roll to which I would add or subtract a difficulty factor depending on how well known the legends are. A character with a Me stat of 90 in RMC would have a +10 stat bonus. In this stystem that is just a +8. Your DB is normally equal to your Qu stat bonus but that too is reduced.

To address this all single stat checks will be made with the stat bonus doubled. This now makes DBs slightly higher for lightly or unarmoured characters and stat checks slightly easier. Especially as you will get a small bonus from a stat as low as just 54.

Looking at the bandings in the table here you will see the labels Deficient to Exeptional. These are used for the costings. Each +1 or -1 in the average band costs or gives 1 point. So it costs 9 points to go from the statng 50 up to 59. The Above Average band all cost 2 points so it costs an additional 46 points to get the same stat up to 83. It costs 3 points for the Superior band and 4 points in the exceptional so to get a stat up to 90 costs (9+46+21) 76 points in total.

Stats do not give any development points and I have kept all 10 stats. I was tempted to go with the HARP 8 stat version but that would lock me into the HARP skills system.

The 200 point pool means that a typical character can have two stats up at about 90 and all their other stats at around 54-55 easily within their budget.

Potentials are all 100 right across the board but I will cover potential stats next time as well as stat gains.