Ettins, or two-headed giants, are vicious and unpredictable hunters that stalk the night. An ettin never bathes if it can help it, which usually leaves it so grimy and dirty its skin resembles thick, grey hide. Adult ettins are about 13 feet tall and weigh 5,200 pounds. They live about 75 years.

Though ettins aren’t very intelligent, they are cunning fighters.

They prefer to ambush their victims rather than charge into a straight fight, but once the battle has started, an ettin usually fights furiously until all enemies are dead.

Two Heads. The ettin gains +25 on Perception checks and on restance rolls against being blinded, charmed, deafened, frightened, stunned, and knocked unconscious.

Wakeful. When one of the ettin’s heads is asleep, its other head is awake. 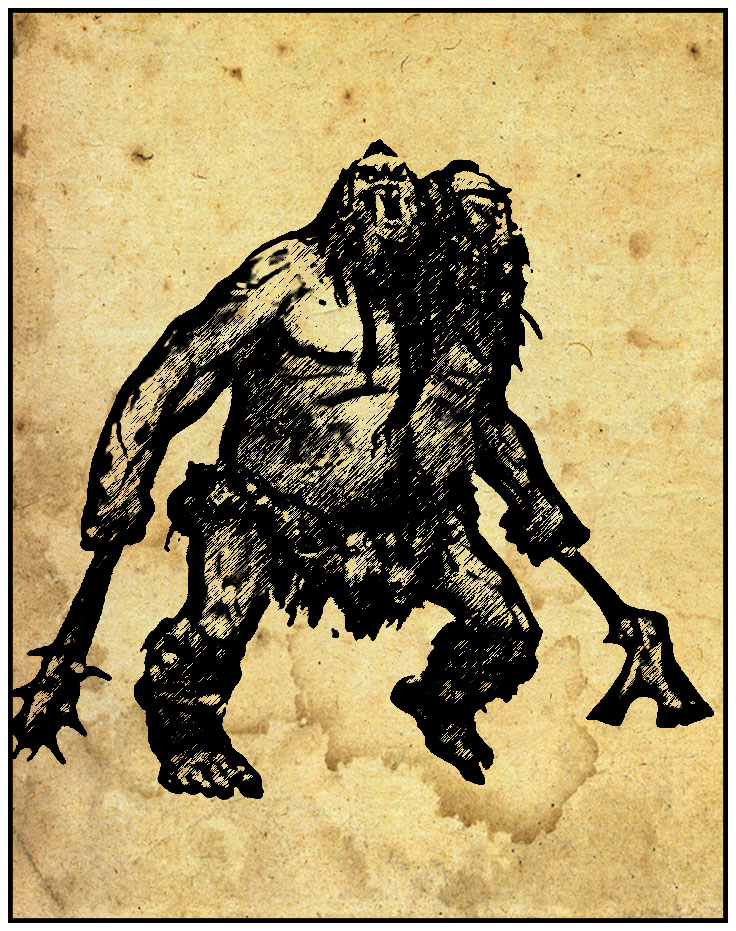