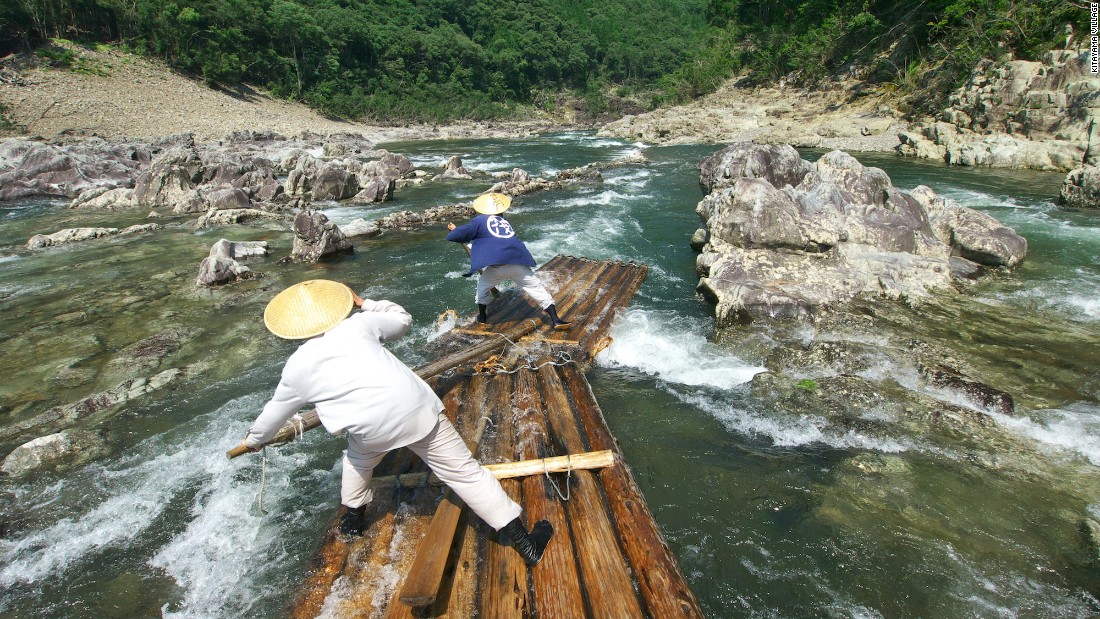 I want you to bear with me with this post. It is a first of a mini series that should be greater than the sum of its parts.

I hope I am not the only person who does this or it will sound really naff but I have often used river journeys for the players to hand wave large sections of cross country travel through relatively safe territory. As a player we did this in Shadow World and as a GM I let my players load their horses and kit on to a barge and it took days off an otherwise uneventful journey.

Now imagine that you give you players an option of taking a boat down stream, a two day journey, or walking which takes about 10 days as the terrain is quite difficult. Where they are is a small settlement and the river rafts are the main form of employment. The costs of downstream travel are cheap as the raftsmen earn their money poling heavy cargo up stream.

So that is the setting and motivation to get your players on the raft. You then carry on with some description of the start of the journey, silently drifting along with the current, the wildlife that use the river to come down to drink, otters swimming alongside, majestic birds seeming to defy the current and hold their position on the water as the raft floats by. The banks rising as the river enters a channel showing the bands of rock strata and how the raftsman deftly steers the craft with just a single oar and the lightest of touches to drift the raft into the smoothest water.

The channel starts to narrow and the flow of the river starts to increase. The raftsman tells any character interested how the edges of the river are dangerously turbulent and filled with submerged rocks that can cut a man to pieces. He says how beautiful the river is here but just wait as it is like a demon up ahead.

He then tells the characters that the only real danger are from the… At that point a spear takes him in the chest and he is whipped over the side and into the water complete with the only oar!

On the bank a small band of orcs or goblins jump up from behind some bushes and wave weapons threateningly. They start to follow down the bank as best they can.

So now the characters are in a drifting raft without a paddle.

We can generate the river randomly as it continues down the channel. Just roll an couple of D100 OE, once for the left and the other for the right. Round the numbers off unless any of the characters are exceptionally good at estimation. Now take the rounded figure and subtract it from 100. So a a roll of 75 would also give a result of 25. This is the difficulty factor for any rowing or swimming rolls on that side of the raft. So if you rolled a 34 and 82 the raft is about 30 feet from the left bank and 80 feet from the other but any skill checks to go left are at -70 because of the turbulence and submerged rocks and rolls to go right are at -20 as the water is calmer on that side.

So now we have a river that is full of eddies and whirlpools near the banks but is calmer in the middle unless you make two low rolls in which case you basically have rapids.

When you get a failed rowing rolls you can check to see if anyone falls overboard! This can bring in various skills from adrenal moves balance to acrobatics. I would use the characters whole Agility stat and apply a difficult factor depending on the failure of the rowing or piloting skill roll.

I am not a fan of rolling these sorts of rolls on the fly as it can lead the players to realise everything is random. I tend to use random number tables so I am just looking up and crossing off a result rather than randomly rolling. It also looks like I am checking off points in the plot.

Eventually, one or more characters are going to end up overboard. Using the same difficulty modifiers for swimming you can introduce A unbalancing  or krush criticals which could give you stunned characters in the water.

This gives you a whole new challenge for the player characters, to rescue their comrades.

There are plenty of other things you can do to make this situation worse. The orcs that originally threw the spear could easy continue to track the raft hurling stones at the characters or give them slings, there are plenty of stones around after all.

This is a very physical challenge in which the players need to work together to survive. It is also just part o e of an unfolding mini adventure.

2 thoughts on “A River Runs Through It”