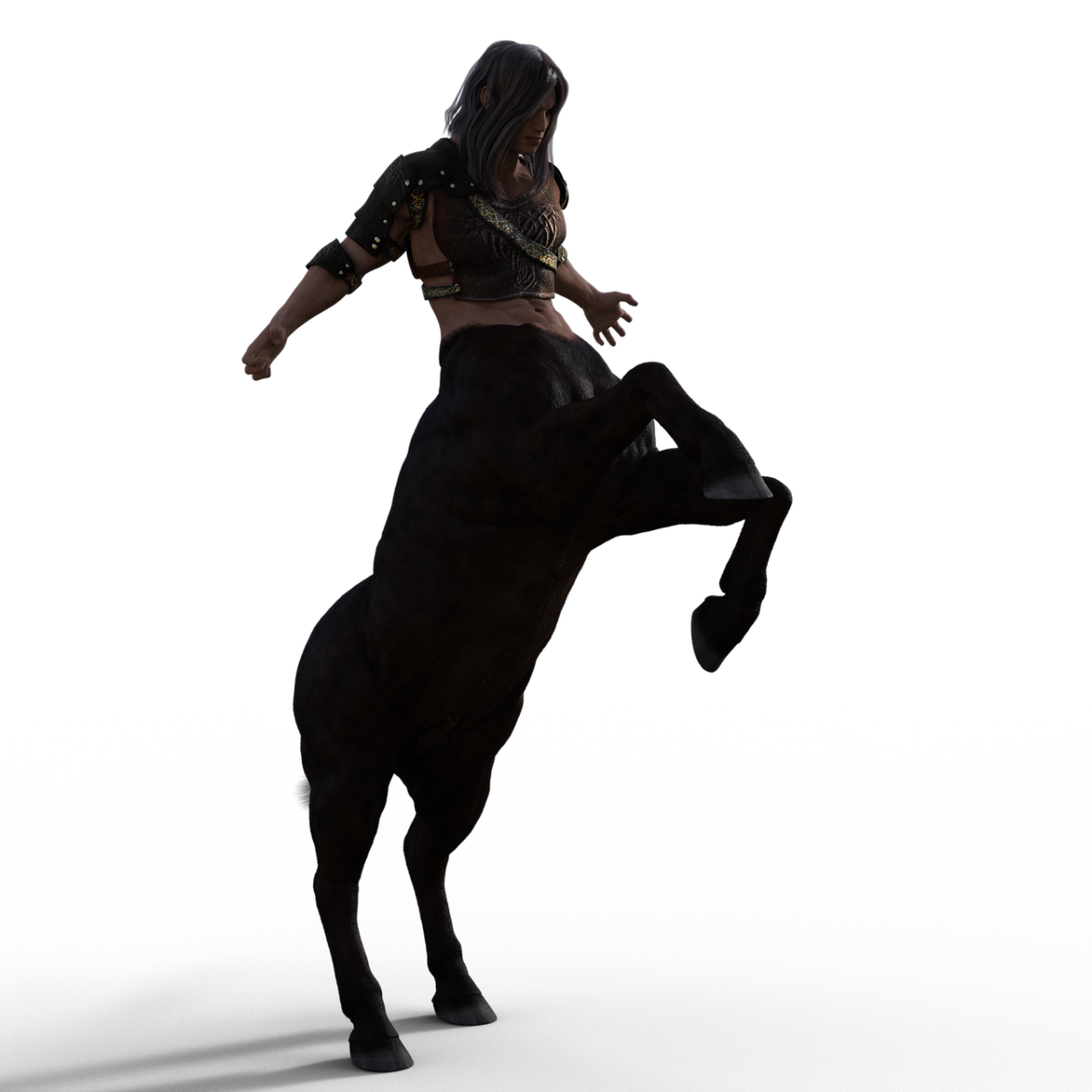 There was a discussion on the ICE discord this week about using Centaurs as playable characters.

I happens that my players have a Centaur NPC healer. Most of there adventures have so far been above ground, or short forays into caves, but nothing that has proved to be a problem for the centaur.

We had reached the big fight, the characters had constructed a barricade to stem the numbers of creatures coming at them and it was a last stand.

One of the characters took a critical that broke their weapon arm, and the odds suddenly swung massively in the bad guys favour. Not only had the character a broken arm, but it was also all the other penalties that went with it. penalties to action and being stunned. This left a big hole in the characters defensive line.

The healer, known as Seth, was already low on power points, and pretty beaten up. He took the decision to transfer the broken arm to himself, and all the hits that the character had sustained.

The benefit of getting the character back in the action was worth the risk. Casting the spell put Seth unconscious.

Roll forward a few rounds and the battle was won. (hurrah!) But Seth had been so low on power points that he was not able to heal himself. At this point he had two broken limbs, a foreleg and an arm, he was on negative hits and had a damaged hip. He was in a bad way, but not bleeding.

The players first reaction was to try and jury rig a stretcher and get out of there, because they knew that there were more beasties in the cave waiting to come out.

The problem was that Seth weighs over 900lbs, is about 7′ long and isn’t very ‘stretcher shaped’.

As it is, the players have decided to make a stand here and hope that Seth can heal himself before anything else happens.

We will see what happens in the next game session.

In an upcoming adventure I am going to give these characters some choices. Things like they may have a climb a rope to get to the next part of the adventure, or to get the rewards for their efforts. Or, squeeze through a really tight gap. The objective is to see if they will press on without their healer, who cannot climb ropes or squeeze through small gaps.

These are the risk averse guys, who have been a bit braver now they have healing support. Given the choice between having that healer and turning their back on the final challenge and the rewards, or staying safe, which will they choose?