Organization: Solitary, pair, or pack (3-8) An owlbear’s coat ranges in colour from brown-black to yellowish brown; its beak is a dull ivory colour. A full-grown male can stand as tall as 8 feet and weigh up to 1,500 pounds. Adventurers who have survived encounters with the creature often speak of the bestial madness they glimpsed in its red-rimmed eyes.

Owlbears attack prey—any creature bigger than a mouse—on sight, always fighting to the death. They slash with claws and beak, trying to grab their prey and rip it apart.

Keen Sight and Smell. The owlbear +25 on Perception checks that rely on sight or smell. 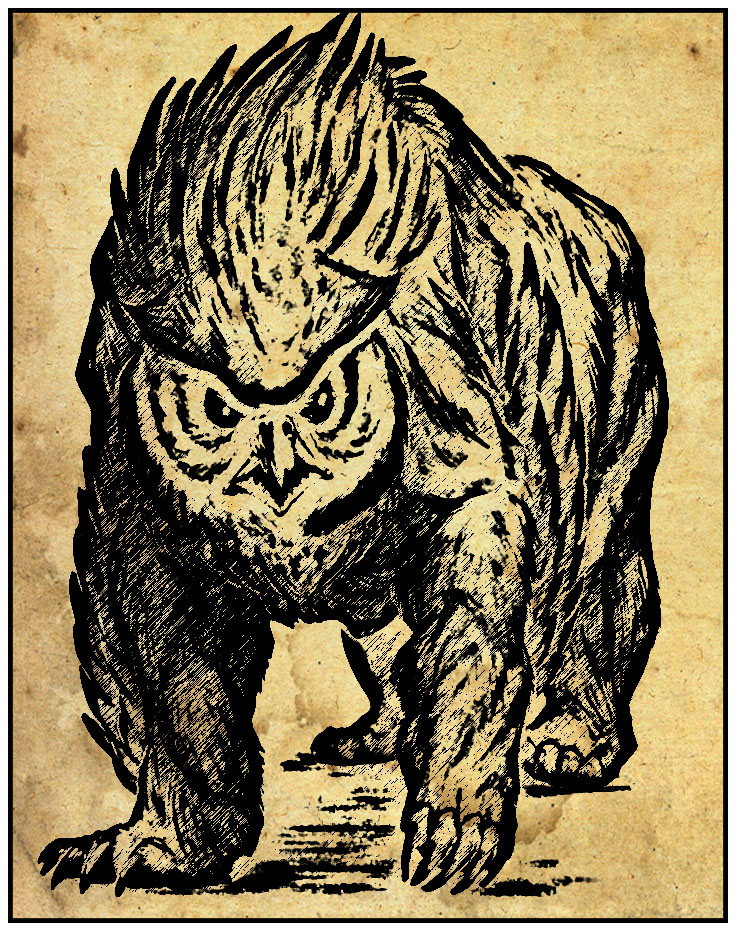