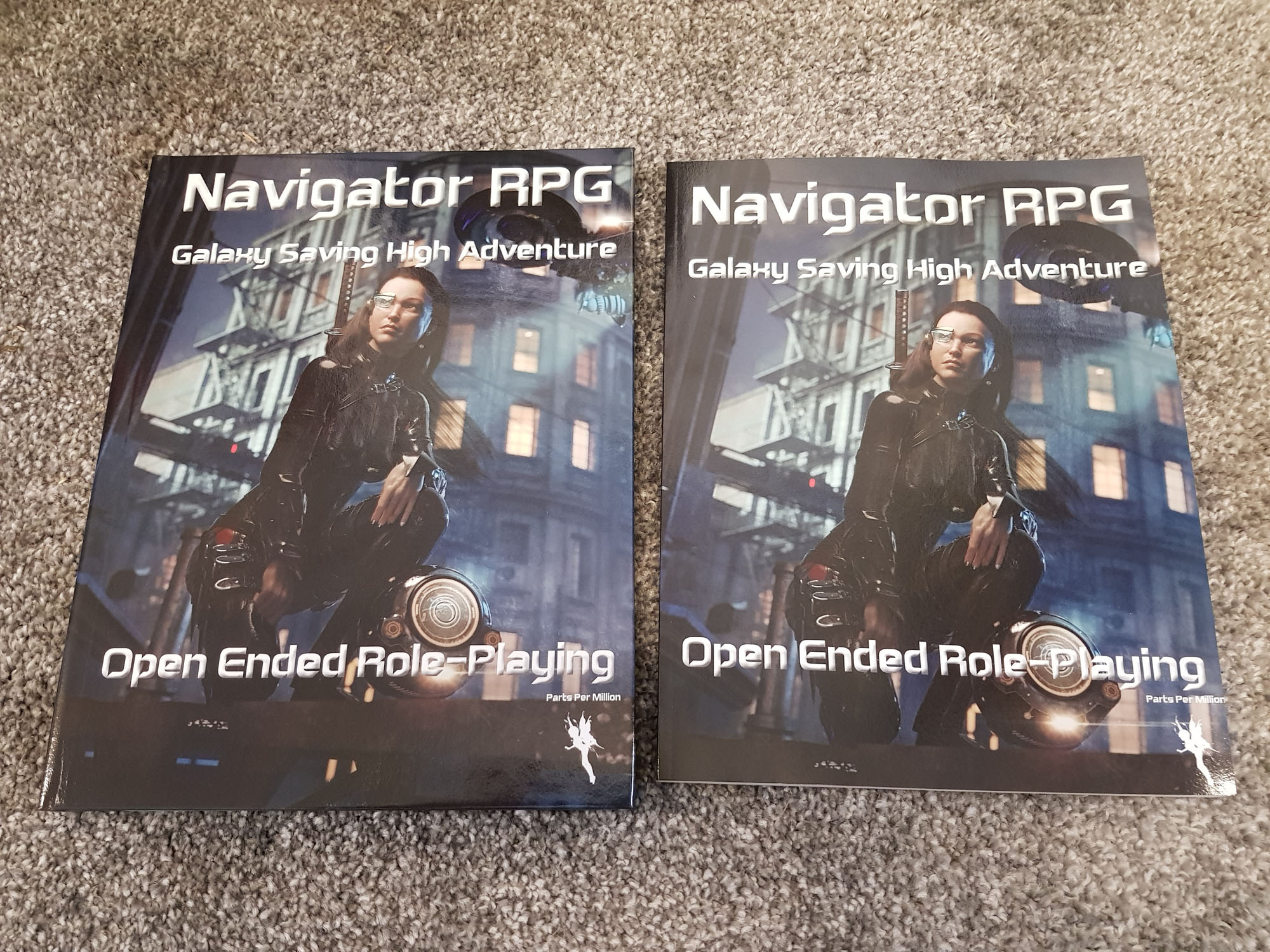 “He who embarks on that fickle sea, requires to possess the skill of the pilot and the fortitude of the navigator, and after all may be wrecked and lost, unless the gales of fortune breathe in his favour.”

If you need a laugh, bypass this entire post and go straight to the video at the end!

I want to talk about a few things today. The first if that I am really excited about Navigator RPG. The game has reached release and is live on DriveThruRPG. The game is a free (Pay What You Want) PDF and is also available in full colour softcover and hardback editions.

But why do you care, this is not Rolemaster?

Because it is a complete rebuild going back to the original sources, or close to, and creating everything a new.

There is a huge amount that you will recognise.

Players select their race, they are called Species in the SF version, a culture, their profession, they roll all their stats on d100 and then spend Development points to buy skills.

There is stuff in here you will instantly recognise. You have your stats, professions and skills.

You have maneuvers, attack tables (one table per weapon) and critical tables.

The game is also a toolbox. When I talk about species, they are built out of talents and flaws, but I also show how to make your own. So I provide a few to get you playing and give you the tools to make as many as you want.

The same hold true for cultures and professions.

Everything in here is intended to be extended by the GM.

Equally as important is the fact that this game is covered by the Open Gaming License. It means that anyone can take what I have done, add to it, change it, publish it even sell it.

Even if ICE were to disappear tomorrow, and forever. If someone bought up the Rolemaster IP and said they were never going to write another thing for it. You can use these books to play Rolemaster, well technically, Space Master but there is more to come.

The quote at the top of this article is a quote by Sir Walter Scott, from Rob Roy. This game is Navigator RPG. The next book will be the Fantasy version. That is Pilot RPG, but more ships pilot rather than fighter pilot. There are also going to be some draconic mounts involved.

For a bit of light relief I am not going to embarrass myself.

I have started a YouTube channel. It is mainly about the stuff I make and the mistakes that happen along the way. There is going to be quite a bit of Rolemaster in there, as you may have guessed I quite like the game.

The first few videos are desperately poor! I tried and failed to make an unboxing video for Navigator RPG.

Here it is. Please consider subscribing to the channel. When I started this blog I think I wrote twice a week for a year before anyone commented on a post. Starting out can be a bit like stumbling around in the dark, without feedback.

I promise the videos will get better over time!