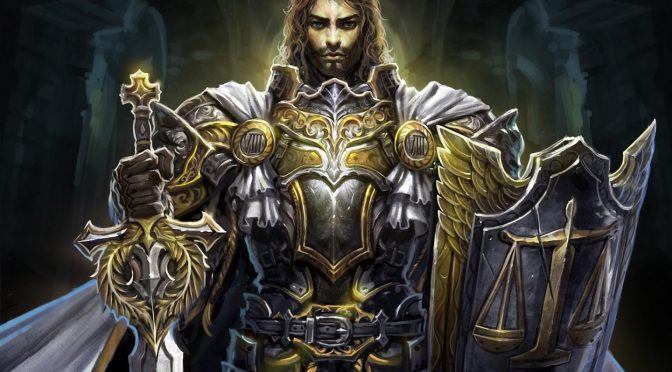 I am rather jealous of Brian’s reworked Spell Law. He and his group have obviously but hundreds of hours into that rebuild project. That is time I do not have at present but I am giving this more and more thought. So what would my perfect spell law look like?

Essaence as the motive force

This is one of Brian’s ideas and sums up the concept that all magic is Essence and that what changes is the way that the character taps into the essaence. Essence users manipulate the essaence around them, mentalists control their own essaence and channelers recieve essaence from some outside entity. I like this idea and want to go with it. I do have a problem with Channeling magic though. That is the realm that doesn’t work for me.

The problem with channeling is that it seems to be tied into the natural world. This is where you find animists, druids and shamen as well as your clerics. If your nature magic casters are getting their essaence from nature around them are they really not essence casters? Can you have channeling without the gods?

Brian pointed out an issue with Shadow World’s gods in that if there is only one god relating to spirits, souls and the dead can any other clerics cast life giving spells?

Mechanically Rolemaster had an issue with channelers not being able to cast magic in metal armour but the fantasy roleplaying commmunity all want their Paladins in platemail. The Rolemaster solution is to add more rules to bend the existing rules, in this case Transcend Armour as a skill.

Channeling Healers are a bit crap

Channeling Healers are a bit crap. The problem is that there is at least one open channeling list relating to healing (concussion ways), most of the closed channeling lists are related to healing and all their base lists are related to healing. They really are the stereotypical one trick pony. If you want to do anything else with your character you are pretty limited. You cannot afford to get stuck into the action as the party need you  alive at the end of the fight to put them back together so fighting is out and your other magic is rather limited. So what do you do?

So what purpose does channeling serve?

Channeling is the preserve of most of the healing magic and nature magic and bizarely necromancy. Does that need an entire realm of its own? If you bumped the healing into Mentalism and the necromancy into Essence (most people think of Necormancers as mages not dodgy clerics I think) all you are left with is the nature magic. Using the definitions above of Essence using the magic from around the caster and Mentalism using the casters own Essaence then it feels like the nature magic should be in the Essence realm. The rest of the channeling open and closed lists are just duplicates of the essence and mentalism open and closed lists so they could be dumped.

So my perfect Spell Law would have no Channeling realm at all.

What about traditionally channeling professions? Well I would make Paladins mentism users. That is where the healing spells mostly live and ever realm has the basic detection spells for detecting evil. It is a 7th level Essence spell but a 6th level Mentalism spell so even the existing lists suggest that mentalism should be the Paladin’s natural home. I would put clerics in the same pot as the paladins.  Animists and Shamen should be essence users. They can still get their nature magic but their open lists would actually be a bit more powerful. The channeling healer you can simply drop in favour of the Lay Healer.

8 thoughts on “What would my perfect Spell Law look like? Pt I Channeling”