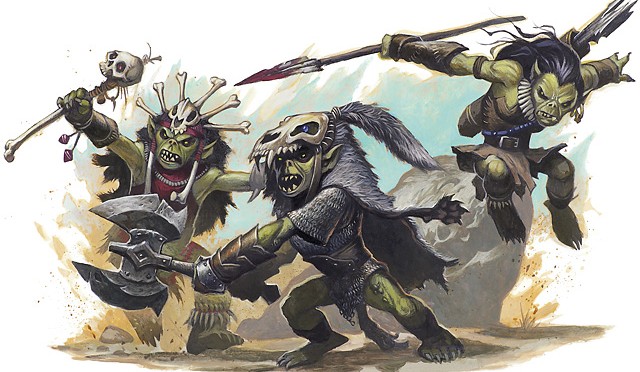 In many of the games I have played in it seems like Orcs get used almost as the default bad guy in beginning adventures. This time it is their weaker cousins the Goblin that is going to take the beating.

The entrance to this cave should lie on the parties route of travel and should offer some shelter from the rain or from a storm. As goblins are nocturnal the earlier the party decide to camp the more off guard the goblins will be. There are many lessons to be learned in this little side adventure, not least that it is sometimes better to run away to fight another day. The goblins operate at -75 during daylight so they will be very reluctant to chase a fleeing party. Mind you come night fall they will be out for revenge.

I have included far more goblins than any single party should be able to handle. The idea of charging in madly will probably get you killed but stealth can be your friend. The goblins are not good at coordinating but the players should be working as a team. Low level magic can work well against these 2nd level foes such as Sleep V and even projected light will give the characters the advantage.

You should remember that these round–headed imps  wear clumsy, stone clogs which certainly doesn’t help when they are trying to move quietly. 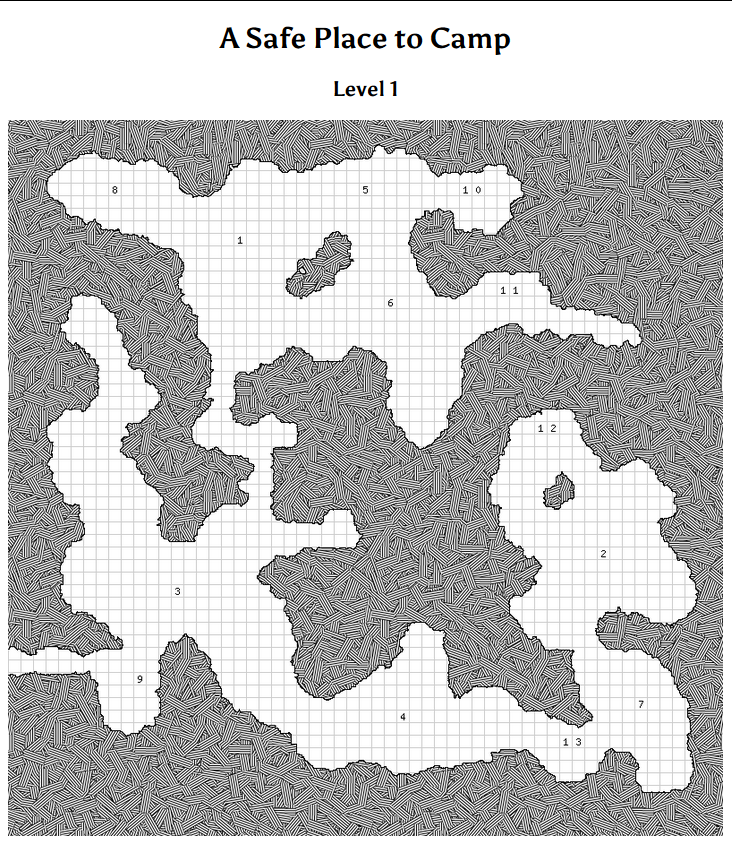 The total warband amounts to 19 goblins. En masse they will almost certainly kill any party but their leader is no genius. He has visions of crafting a phalanx out of them where a mass of spears and halberds will make them unapproachable. Their love of machinery draws them to the light crossbow and Spartak envisions ranks of crossbow goblins marching forward in regimented fire, reload,  and advance lines protected by a forest of spears and polearms. As it is the crosbows are slow to reload and these long weapons mean goblins struggle to parry and do not carry shields.

If the party enter the cave by day many of the goblins will be sleeping, one or two may be in the kitchen area. As evening falls they ecome more active with weapons being repaired and new ones being made in the workshop area. After night fall they will take a meal in the mess area. Late at night a patrol will be sent out of five or six goblins being three spear bearers and three crossbow goblins.

Each goblin is carrying just 1d10 bronze pieces as treasure. The four bodyguard goblins have have an additional d10 copper and Spartak has an additional d10 silver. That may not sound a great deal of treasure but this is only meant to be a minor distraction. Spartak and his crew are a breakaway group from a larget goblin tribe who have visions of world domination but are probably note going to realise those dreams.

If the players attack and then withdraw the goblins will try and harry them for days. Spartak will initially want to kill all bar one of the players. If they all die then no one will be able to carry the news of his victory and spread his fame. If the losses are too great on his side, say more than four or five actual fatalities then he will just try and drive them off and count that as a victory.

All the stats you need for the goblins are on page 123 of the RMC Creatures and Treasures or 571 of RMU Creature Law. 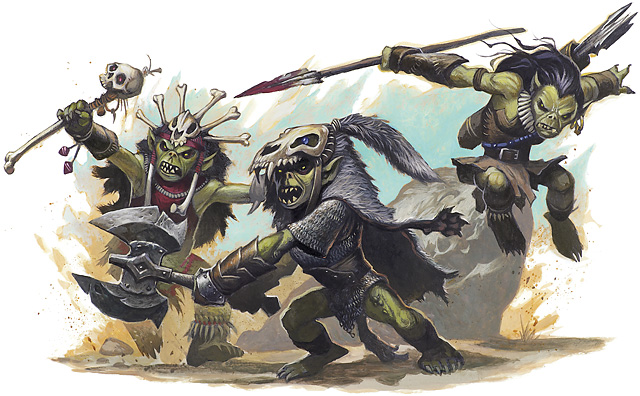