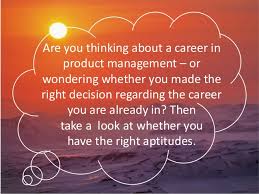 I really can’t get off my soap box regarding adopting a “No Profession” system. One of the arguments I often hear for professions and profession assigned skill costs is that early character development locks in affinities that define the characters learning patterns for life.

For me, this is a perfect example of the Nature vs Nurture paradigm. “Nature” being defined as a characters stats and stat bonuses (natural aptitudes) and “Nurture” being defined as early influential training. Rolemaster assumes the primacy of “Nurture”: early choice of a Profession sets skill costs that influence the characters progression and development. However the rules themselves allow that paradigm to be easily broken. For instance a player can choose “Fighter” as a profession but spend all his developments points on thieving skills. At what point or level does continuous training of thieving skills outweigh the early choice of the Fighter profession? Should that character even call themselves a fighter?

I am firmly in the camp of “Nature”—that learning is driven more by innate, natural abilities, but that intensive, immersive training can eventual overcome natural talent. Even a weak, clumsy person can become a competent fighter with enough training and dedication. So if innate ability (Nature) is more important, it argues for the elimination of profession based skill costs and thus professions in general.

Ideally, the best solution might be skill costs set by stats or stat bonuses. I.e. a character with high physical stats would have lower costs for physical skills etc. While this makes intuitive sense it would be cumbersome in practical application. However, if you like the “Nurture” argument, RM and RMU rules are already poised to model this reality with just a few tweaks.

We achieved this via the following:

For our gaming group the application of three elements allows for fast character creation, flexible characters and a more intuitive modeling of character development in the Nature v. Nurture framework.

For those that like Professions, this still allows the creation of creative, emulative or societal driven Cultural or Vocational training packages. Our Shadow World campaign has over 40 Cultural Packages and 50 Vocational Packages that can be combined to make thousands of interesting characters without the arbitrary dictums of Professional names or concepts.

Just my two cents—what’s yours?

9 thoughts on “Nature vs. Nurture. The emphasis between Stats or Professions.”