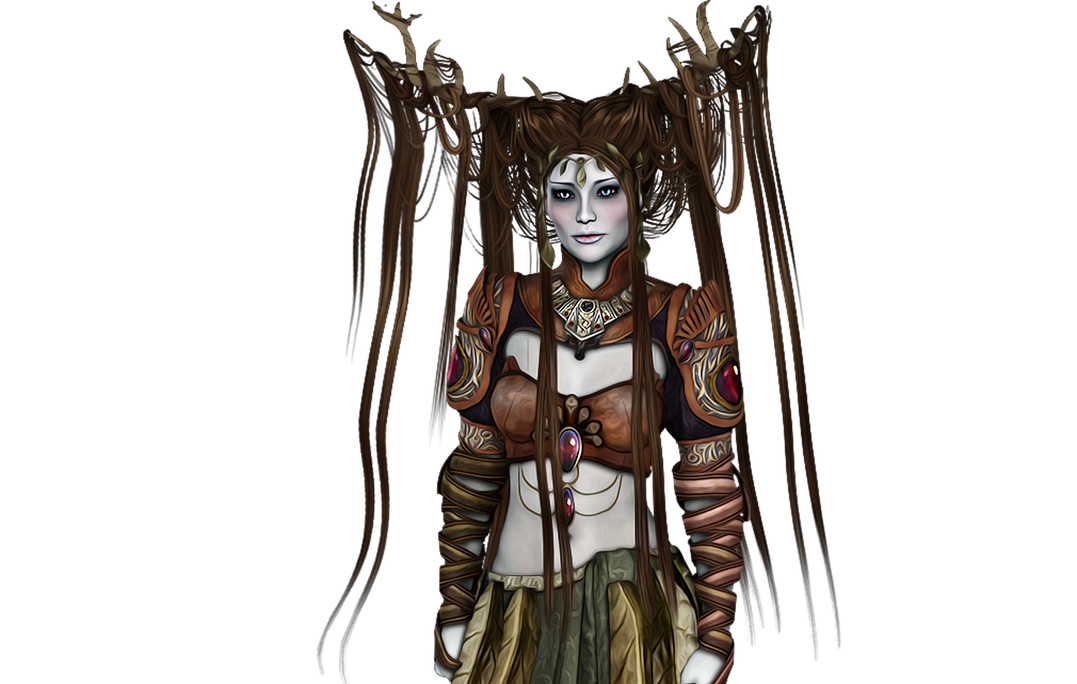 When I think of druids, I think of human sacrifices, wicker man style burnings, and an extremely ‘zero tolerance’ regime ruling through fear.

This doesn’t really fit well with the Rolemaster’s vision of the druid. I cannot help but wonder if the druid is needed at all as a profession. Are they no just clerics or evil clerics from a Celtic culture?

I can see a lot of role-playing opportunities for playing a druid in a Celtic or Roman-inspired campaign but after that, the profession starts to hit problems.

In the RMC Companion One, the druid is an animist with alternative base lists. It is inevitable then that the discussions this week on druids are going to center on the spell lists.

I quite like this list. It provides a lot of utility in almost every adventuring situation from putting guard dogs to sleep to being able to use Blofeld’s cat to spy against him (Animal Tongues + Befriending). Animal summoning can be used to boost the combat abilities of a party, and a bit of animal healing in there as well. It is a good all-round list with lots of uses.

This is the first of the overpowered spell lists, in my opinion. It looks to be a bit like Spirit Mastery on steroids. We said last week that one of the strengths of the Bard was that they could affect multiple targets. Well, the druid can do that with knobs on. The bard needs two lists one for the songs and one to enhance them. The druid can do both at once, with nice long durations, a minute per level without concentration.

The list has that same feel as the Warrior Mage’s attacking list, which is packed with a cherry-picked list of all the best bits of the magician’s base lists. This list has that feel.

So this is the big one. The spell adding, bonus giving uber-weapon of the druid that keeps on giving. The list has no reason for its existence except to pile heavy duty warrior mage style combat abilities on to a druid. Unbelievably there is a pair of optional rules attached to this list, that if the thing isn’t game-breaking enough for you as it is, you can ramp up the power by increasing the bonuses and boosting the spell adder/multipliers benefits.

This spell list looks normal. Maybe I am just becoming desensitized. There are spells on this list that are giving +50 to +75 to stalk and hide attempts. I am not sure if this is overpowered or not. My Lay Healer character is frequently boosting his perception rolls by +50 using vision and hearing enhancing spells. More of this later.

Stone Mastery, or thermo-nuclear war mastery, is another gonzo combat list. This spell list is on a par with being able to cast the best of the magicians base lists but doing the rounds of prep before the battle. Stone Throw gives you the basic directed spells attack, that just gets bigger and bigger as you level up. Magic Stone gives you a free secondary attack that makes the stone explode on contact. At 5th level you are throwing water bolts and by 9th they are Water Ball area of effect spells, in addition to the damage done by the stone. Don’t get me started on Animate Stone or Spike Stones.

I think this list is a bit of a trojan horse. I am sure that the entire list exists to be a container for the 6th level spell Plantskin. This gives you an AT4 which is a lot like full plate (AT20) but with no movement or ranged attack penalties.

If you drew a line across the druid lists at 7th level you have a character that can do everything. They don’t really need a party. They have incredibly armour, they can move about almost undetected, they can gather information using animals and plants as their sources. They have incredibly ranged and melee combat abilities and you cannot discount their access to closed channeling lists which give them healing power as well.

They don’t need to find or earn magic items as they can make their own, pretty much on demand.

A lot of GMs start you at above 1st level and others use accelerated development in the first few levels, either will get characters enough power points, hits, and OB to take on more challenging adventures. A druid in that environment could race up to this power watershed at around 7th level in next to no time.

I cannot say that I would allow a player to use this profession in my game. The animist fills the same niche. You have three options, play a cleric of a nature god, play an animist or play a ranger but the druid is way off the power level of all the core rule pure spell casters.