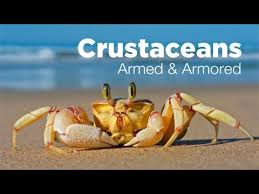 Recently during a game session, we had a bit of a dispute over what weapons and armor a player might have had on them while in a city. Even in a lengthy campaign, many of my RPG experiences have defaulted to the idea that players have just 1 “kit”–basically the clothes, armor, weapons and gear that are listed on their equipment sheet. As “murder hobos” they don’t have a home, wardrobe or a lot of possessions beyond gear and wealth. Therefore, the players are always in their adventure gear; fully kitted out, armed and armored.

But that’s just silly in many situations. Certainly major cities have laws and rules about armed citizenry. Some may only allow nobles to carry blades; others may require “peace knots” on weapons, or others may require registration or membership in a guild or militia to permit being armed in public.

Those are regulatory issues, but there should also be cultural norms as well. Clanking around in plate or chain armor and wearing a full helm should seem rude or unacceptable in major urban areas. Visitations to courts, merchants houses or administrative facilities will probably require dis-arming. Certainly higher end taverns, inns and restaurants are not going to allow customers that are fully armed or armored.

Finally, it’s just not hygienic to wear the same clothes, underclothes, padding, armor, helms and adventuring clothes all the time! The players will stink, boots will be worn out from travel, clothes torn, armor will dent or bend and a host of wear & tear that’s normal in everyday life. If you’ve ever done any lengthy hiking or outdoor adventuring you know how fast gear can wear out.

In my game, players default to “civilian kit”. They have a appropriate wardrobe for normal, everyday life, often based on their cultural and racial background. We also rate it in a variety of ways (poor, functional, merchant, noble, luxurious or just rank it from 1-10). The quality of the garb will dictate how they interact with various societal classes. As the players have grown in power and reputation, they find themselves interacting with high levels of society. So while they might be murder hobos, they can’t dress like one! Typically they will be armed–but only a staff, or short blade so the heavy fighters feel at a real disadvantage.

Since their civvies are the defaults, that means they have to tell me when they are getting into their combat/adventure kit. Even when travelling, I don’t assume players will continually wear heavy armor, have a shield strapped onto their armor and have a weapon drawn. Of course players want to have all of that when they are ambushed or a sudden encounter unfolds!

This is more of a concern in campaigns–if you are running one-off adventures, dungeon crawls, or just independent adventures most of this won’t matter. The players “gear up” and run the gauntlet. However, if you are running a session or game that doesn’t focus on wilderness/tomb/ruins, and are more urban, what do you do? Do you have an “open carry” “armored up” style game?

5 thoughts on “For discussion. The ubiquity of “armored up, all the time” in your game setting.”