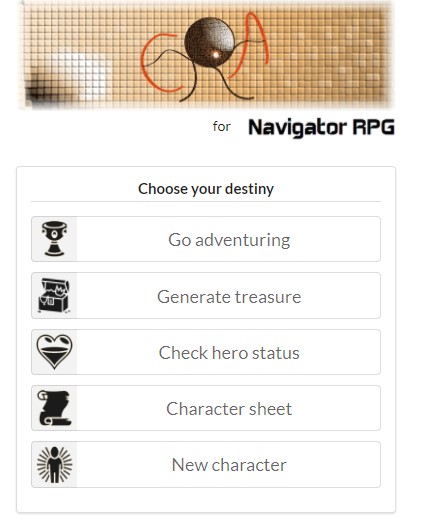 Last week, I wrote that I hoped to see ERA for Navigator RPG soon. Yesterday Voriig Kye sent me the files!

The digital assistant is now live on DriveThruRPG, the core listing is PWYW and contains all three versions [Windows, MacOS and Linux].

There will be more datafiles in the future.

Talking of the future, Bare Metal Edition is still making progress. BME is a Rolemaster style core system. Originally, I thought of it as having no implied genre, but that is wrong. It has every genre. We already have rituals, magic, and psionics. On my to-do list is superpowers, not an area that Rolemaster has ever gone before to my knowledge despite having a past relationship with Hero Games.

Once BME approaches completeness, you will be able to add BME data files to ERA for Navigator RPG.

You can find the latest ERA on DriveThruRPG.

There is a module in the new ERA that you will not find in the Rolemaster versions.

Voriig Kye has taking the solo rules from Navigator RPG, which are functionally the same as the rules in HASP [High Adventure Solo Play] and automated them in ERA. I will do a post. probably next week on how you can solo play Navigator RPG or any HARP/Rolemaster using the new ERA version.