I want to tell you a little story.

Once upon a time Kwickham emailed me and said that he wanted to publish his Aiorskoru game world and that I had blogged about it. He suggested that I could repurpose those blog posts, edit them into standalone documents and put them on RPGnow and maybe make a few Dollars.

That got me thinking so I packaged up my professionless and level less RMC rules and put them on RPGNow, there is a link to them on the left here, and I get downloads of those every single week.

In another email exchange Kwickham was telling me about a game he has written and is still developing called ABS12. ABS12 is as simple a system as it is possible to get. There is just a single stat and the entire system runs on 1d12 rolls. This gives 12 possibles all of equal probability, there is no bell curve  created by using added dice rolls. My part in the exchange was to describe a game I had often thought about writing but had never committed to paper. In a single email I laid out al the core rules with examples. That game became 3Deep, again see the links on the left.

I make a few Dollars a month from selling these documents on RPGnow and the other OBS sites.

I recently had an idea. I thought I could repurpose some of the blog posts here and create a Rolemaster Fanzine. It would take almost no time to copy ‘n’ paste a selection of blog posts into a word document and a quick editorial pass to resolve links into the actual addresses for people to use. So I did it. I created a RolemasterBlog Monthly as a PDF on RPGnow.

Then I thought PDFs are all very well but if you are reading it on screen you may as well read the same articles on the blog and that way you get all the comments and links too. The blog is a much richer experience in my opinion. Unless you love physical books that is.

So I make a print on demand version. This was the first document I had ever done the complete layout for print on including the cover design. 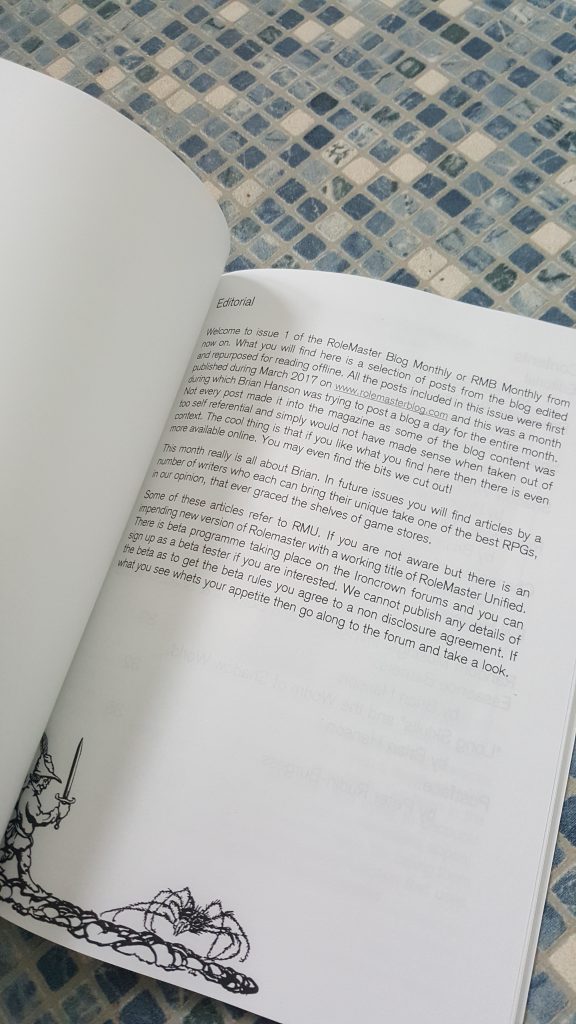 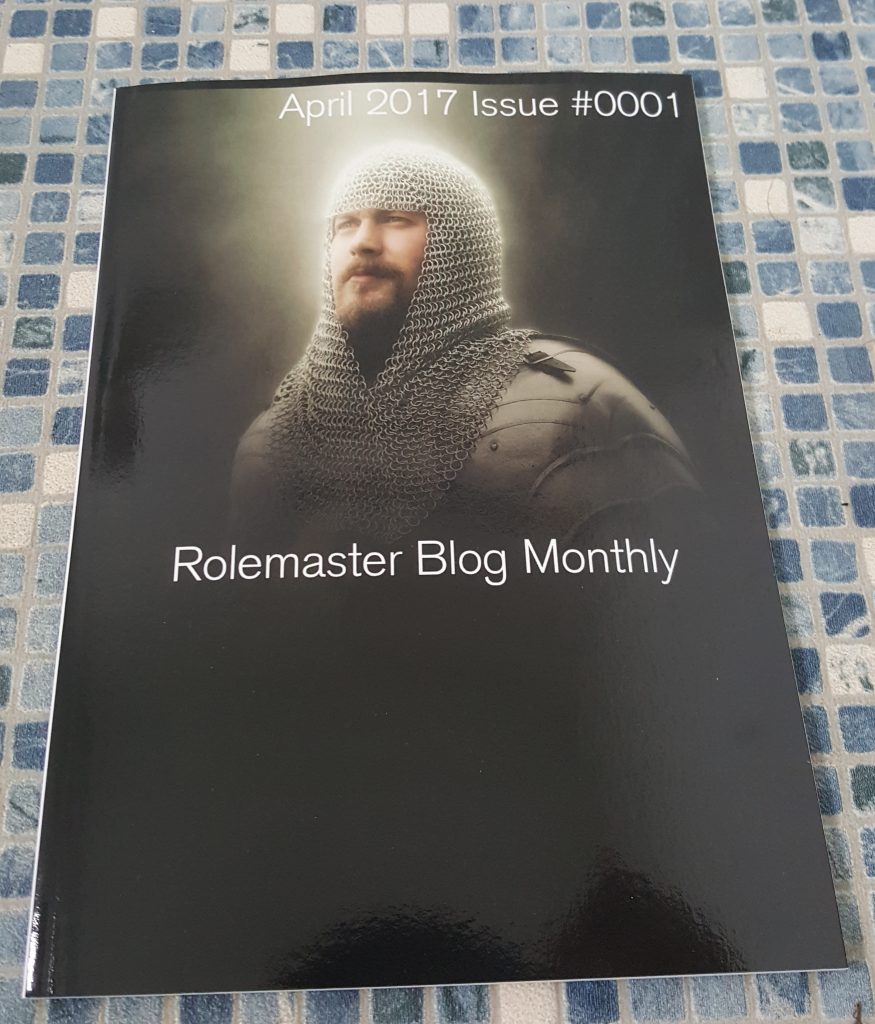 This was a mile stone for me. To have a real physical book. I have noticed a couple of layout problems with the proof but I fixed them last night and I have uploaded the corrected print files.

Despite that, it is lovely and glossy and feels nice. At 36 pages (A5) it is no mammoth tome but then it is only intended to be a fanzine. Everything I learn in producing this I will apply to all future issues and so on.

I honestly hope to have the final print copy on sale (you cannot do free books on RPGnow) within 10 days.

With the actual launch I will announce it first here. If you love the touchy, feely experience from dead trees then I hope you like the RMB Monthly!

8 thoughts on “From Little Acorns”