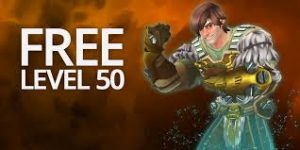 “The Hero’s Journey” is an oft used theme for fantasy fiction; an unknown and lowly character is drawn into a grand adventure, grows and ultimately defeats an existential threat. As a fiction narrative, it provides a predictable but satisfying arc, and for an RPG the Hero’s Journey is the very essence of a PC’s path.

Anecdotally, few campaigns actually last long enough to see a PC progress from 1st to 50th lvl, and there just seems to be few high level 20+ adventures as well. The more common Hero’s Journey is from level 1 to around level 15–leaving unaddressed how many higher level NPCs actual populate the world. There have been conversations on the RM Forums about the distribution/frequency of spell casters in various world settings with the implication that no matter how common low level casters are, there needs to be at least one 50th lvl caster on the other end of the spectrum. In short, there are 50th lvl NPCs somewhere—so where are they and why don’t they do anything when the shit hits the fan?

Fiction and gaming is ripe with examples of world threats being confronted and defeated by modest means—it’s the very essence of the Hero’s Journey trope. But given a world shaking threat, why don’t these high level NPC take care of things? Obviously, that wouldn’t make for a good story or campaign arc. For example:

The obvious answer is that allowing powerful NPC’s to intervene eliminates these challenges for lower level PC’s. So an excuse is built in to prohibit or explain the lack of high level intervention:

If the very foundation of RPG’s is built around the common man solving meta-threats what role is there for high level characters? In order on create an appropriate challenge for a 50th lvl player, you need to come up with an appropriate threat: end of world ritual, evil god empire, extra planar entity, Lord of the Demons, etc. You would think that such a threat would demand the involvement of every powerful character in the world—but where were they for threats just slightly below world destruction?

As I outline out a half dozen adventures for 50th lvl I have to come up with threats so serious that they would require the involvement of powerful PC’s and would challenge them but aren’t realistic adventures for lower level adventurers. That seems easier in D&D when there are real differences in levels than in RM where there aren’t any innate class abilities, and spells and skills follow a graduated progression.

What possible threat requires a group of 4-6 50th lvl PC’s? It’s been an interesting exercise, both mentally  and creatively.

5 thoughts on “Grand Apathy? Where are all the 50th lvl characters?”