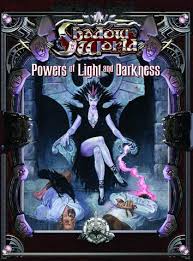 Tuesday night my gaming group ran the first chapter of the 50th level adventure I’ve been working on. Overall, it’s a 3-part adventure: chapter 1 is the introduction, in chapter 2 the plot is revealed (mostly) and chapter 3 is the grand finale. Each chapter takes different skills and strategies, but based on Tuesday’s game I’m not sure the current group can survive and make it to the end!

The adventure is meant to be a stand-alone campaign or tournament module to really test the system limits of Rolemaster, show case cool Shadow World stuff and as another challenge here on the Rolemasterblog. “Legends” is predicated on known or powerful Shadow World characters being called upon in a crisis. I wanted to use a group of established Shadow World NPCs as pre-generated characters.

For all the talk of Shadow World being high-fantasy and high-powered it was difficult to find 5 NPCs to use in the adventure. Here is what I ended up with for the group:

On the positive side, I had a Loremaster, Navigator and Changramai represented which is cool, plus Clerics of Iorak and Phaon. On the negative, none were over 50th lvl and using RM2 RAW, no one had 50th lvl spells. Another down side was the class distribution: 2 magicians (although they had another set of base lists), no powerful mentalists and no real subterfuge (which may not be necessary). Finally, not great healing spells and no female characters (though Jan could easily be female).

The group finished chapter 1, which is more cerebral and role-playing than the subsequent chapters..but…they used up quite a bit of resources and may be in for some serious hurt in chapter 2. Even IF they could survive chapter 2, they would be in no way able to complete the final chapter. This could be the RM version of Tomb of Horrors! So, I need to change up the group for more power and if possible, replace my made-up characters with more SW personalities. Here is what I’m thinking so far:

Anyway, as I posted in the RM Forums, if anyone has any suggestions for a cool SW NPC that might work in the group, post a comment! If they aren’t quite 50th lvl I can always bump them–even NPCs level up! Terry has created some iconic characters in Shadow World–who would you play if you could?