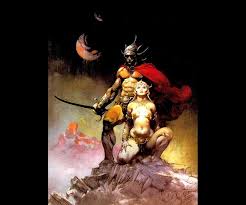 This past Tuesday, the group ran through the final chapter of Legends of Shadow World. Unlike the back to back nature of the first four chapters, the group was able to return to Eidolon, rest, heal and gather resources for the final task. They felt prepared and more optimistic…until the mission briefing. Apparently even a group of 50th level PCs can feel apprehension!

Once again the group had to undertake a long journey, handle adverse environment conditions and then run the gauntlet of several smaller challenges. The final encounter was against the mob boss so the party was able to shift to known RM combat strategies of a PC group fighting a singular, powerful foe (over level 100). Generally superior numbers is a huge advantage in RM combat, but this was a very powerful adversary and two of the PCs were killed during the battle. It felt truly epic and the players all had a great time–in fact they wanted another run through the battle just to see if they could win without any party kills.

Without giving away the details, this encounter was actually the starting premise of the whole exercise: to build a 50th lvl adventure. Once I had the end drafted out, I just needed to create a narrative to lead the players to the final battle. But as I was writing it, and then testing it, I wanted to use the adventure path to test various aspects of high level gaming.  Each chapter was meant to combine difficult terrains or environments with varying opponents. Unlike lower level adventures, there was much less reliance on regular skills to solve challenges–at 50th lvl, skill bonuses are maxed out and make most actions automatic or the group has spells that can tackle the problem.  Normally I would want a more well rounded adventure, but this was intended to be a tournament style to played with pre-gen characters in short 2-4 hour sessions.

I’m looking forward to getting this adventure out there–I only wish I had artwork and professional layouts to punch it up a bit!