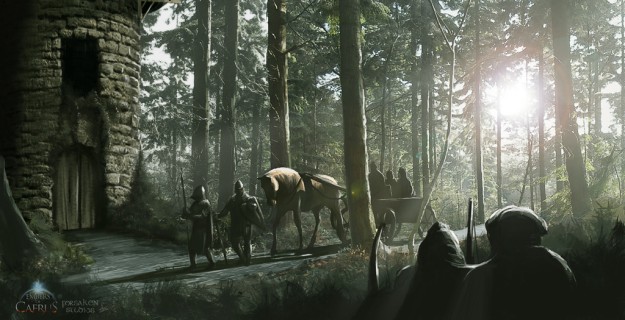 I have stolen this idea from Brian’s weekend round up. I think the answer is an emphatic yes to Low Fantasy; especially RM2/RMC when played with the core rules and no options.

Why core only? The first one is magic. The actual base ruling on spell list acquisition is in RM2 and RMC is D100 + ranks in the list. Roll 101+and you learn the list. You can learn only one list at a time unless you buy 20 ranks in the first list and then start to learn a second. If you fail to learn a list you can carry those ranks over to the next level and continue learning that list or you can lose all those ranks and try and learn a different list. You will note that there are no bonuses to that spell list acquisition roll, no level bonuses, no stat bonuses.

Building a character that way you tend to end up with maybe 4 spell lists every 5 levels, sometimes slightly less. As most essence spell casters want to be able to fly and go invisible and cast sleep this means that a magician may have just one of their base lists by 5th level, maybe two by 10th level.

The problem with learning lots of Magician base lists is that you need to learn lots of Directed Spells skills to make use of the bolts and the natural development point economy means that you simply cannot afford to diversify like that.

If Low Fantasy is meant to be scarce then making spell lists hard to learn makes spell casters less attractive to the players. If there is a very real chance that your first level character is going to start the game with just 1 first level spell you are going to make the average RM player uncomfortable.

With just the core rules there is no undercasting and no overcasting so they are really stuck with just that one spell. 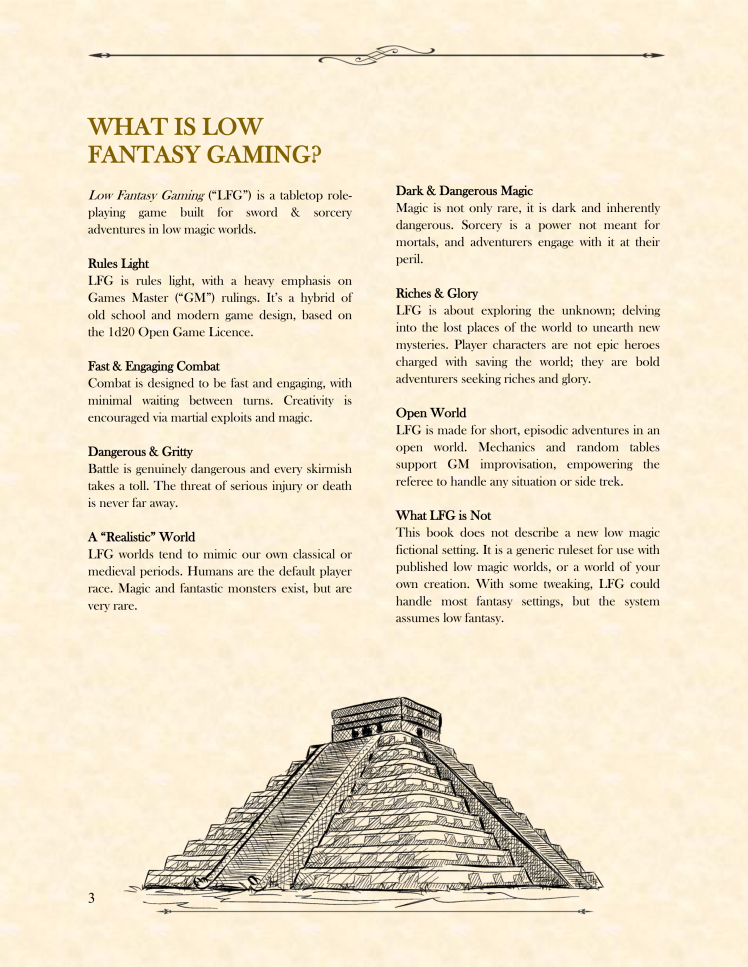 There is no more engaging combat system than Rolemaster with its descriptive criticals and deadly edge. I personally prefer the Combat Companion version but I have said this is core RM only. Without all the bells and whistles bolted on to combat by many of the companion books rolemaster combat is pretty fast. When I used to use Arms Law I would print the page from the PDF of the weapon used by an NPC and of the PCs and put them in a folder with the most common critical chart facing it. In essence what I had was just the pages of Arms Law I needed for that session. It cut down the rules look ups and page turning.

Without all the companions Rolemaster is not that rules heavy. It has a reputation for being a mammoth but it is really undeserved.

Once you simply know that a skill roll total of 101+ (plus any difficulty mod) equals success you can play for hours without having to look at a single rulebook. Without the companions there are are only something like 50 secondary skills. That is enough to differentiate the characters without bogging the game down.

I have condensed the entire rules down to just 12 pages for running a weekend of gaming.

Rolemaster does realistic mediaval worlds very well. If anything it is less monster driven than many RPGs including D&D and Pathfinder. If you want to poison someone in RM you do get to choose what type of poison and that describes the effect. This is not a game of make your saving throw or take x points of damage. Poisons are very realistically handled for a game.

Falls are not 1d6 per 10′ fallen. We have an attack table that takes into account velocity and criticals that are in tune with having fallen. This does not add to complexity as it is still jsut roll a d100 + the distance fallen in feet and look up the result but it is a lot more realistic than 1d6 per 10′.

The list can go on. Almost every natural hazard has been given a realistic work over in Rolemaster. So this is another tick in the RM box regarding Low Fantasy.

So yes RM is most definitely capable of Low Fantasy judging by the definition above. Just leave all your companions and add on Laws at home.

18 thoughts on “Does Low Fantasy Gaming work with Rolemaster?”