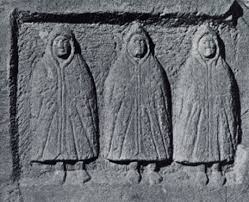 There can be no argument that Terry has designed Shadow World with a strong meta-narrative. These over-arching plots, high level NPC’s and secretive organizations reinforce an image of SW has a high fantasy adventure setting. Multi-chapter adventures like the Legacy of the Sea Drake Crown and the Grand Campaign may discourage GM’s from adopting the SW setting or see it poorly suited to low level “one and done” adventures given the rich history and background presented.

For those that see Shadow World as a great setting for a longer term game campaign the question that might be helpful to ask is what will the narrative perspective be that directs the storyline? In short, what IS the story of Shadow World? The history of the Althans and their eventual downfall? Is it the story of Andraax and his millennium long struggle to protect Kulthea? Is it the conflict between good and evil, Orhan and Charon and the struggles against the Unlife? Perhaps Shadow World is the story of the Jerak Ahrenrath and the Shadow Stone. Or is the story of Shadow World the struggles of civilizations and the Loremasters? A simple answer might be “all of them” but that doesn’t help a GM in constructing a long term adventure path that fits his world view and gaming style.

It’s generally agreed that Star Wars follows a universal and ancient story meme: the Heroes Journey. And to many that journey starts with the young Luke Skywalker, his path to becoming a Jedi, and his final confrontation with evil and the Emperor. From that perspective the movies will be seen and enjoyed through the perspective of Luke. But a different group would argue that the “Heroes Journey” actually belongs to Anakin Skywalker: his fall into darkness and his eventual redemption. (A third, much smaller group would say Star Wars is a buddy film featuring 2 robots). The point is that a simple flip of perspective can dramatically change how we experience and understand the films. The same is true for the chosen perspective in a Shadow World campaign.

For my campaign, the story of Shadow World is the story of the Earthwardens. Their origins in the 1st Era, their return and healing of the planet and their subsequent evolution is the backbone of our ongoing SW story. (We’ve developed our own NON-CANON Earthwarden “story”, you can see it HERE with a forum username). Throughout Kulthea the Earthwardens left megalithic monuments with enigmatic powers, hidden powerful guardians and built amazing structures like the coral roads and the sea-tunnels. The Earthwardens had simple but powerful magic (Arcane?) that healed the damaged planet after the wars of the 1st Era. For our story, the Earthwardens are not the “actors” propelling the narrative but the solution or puzzle the players need to solve in their battles.

One thought on “The Many Narrative Perspectives of Shadow World”