When my last campaign started I wanted to correct this error and pointed out the rules where it shows the immunity and resistance roll mods to show the players that we had been doing it wrong all this time. I was amazed at the players reactions (if those that wanted to play elves.) The ability to drink anyone under the table was really important to them despite the fact that is was a blatant mistake on our part.

They were adamant that elves cannot get drunk. I tried to argue that if Alcohol doesn’t effect them then how do all the healing herbs work? The answer was that herbs were magical and alcohol is natural. There is no helping some people so in my game now when ever an elf takes a healing herb I make them make a resistance roll and if they make the roll then the herb has half the usual effectiveness. Believe it or not the players are happy with that.

That little story has nothing to do with today’s post. I just wanted to share it as I was creating an Elven NPC and I just saw the immunity to disease on the character sheet!

So What Is It All About?

The last fanzine I published was the Halloween special and it is proving quite popular. The Shadow World issue was the best selling version to date. Don’t get me wrong, these sell in tiny quantities but I am hoping to build the readership over time and I hope it will grow significantly once RMU is released. 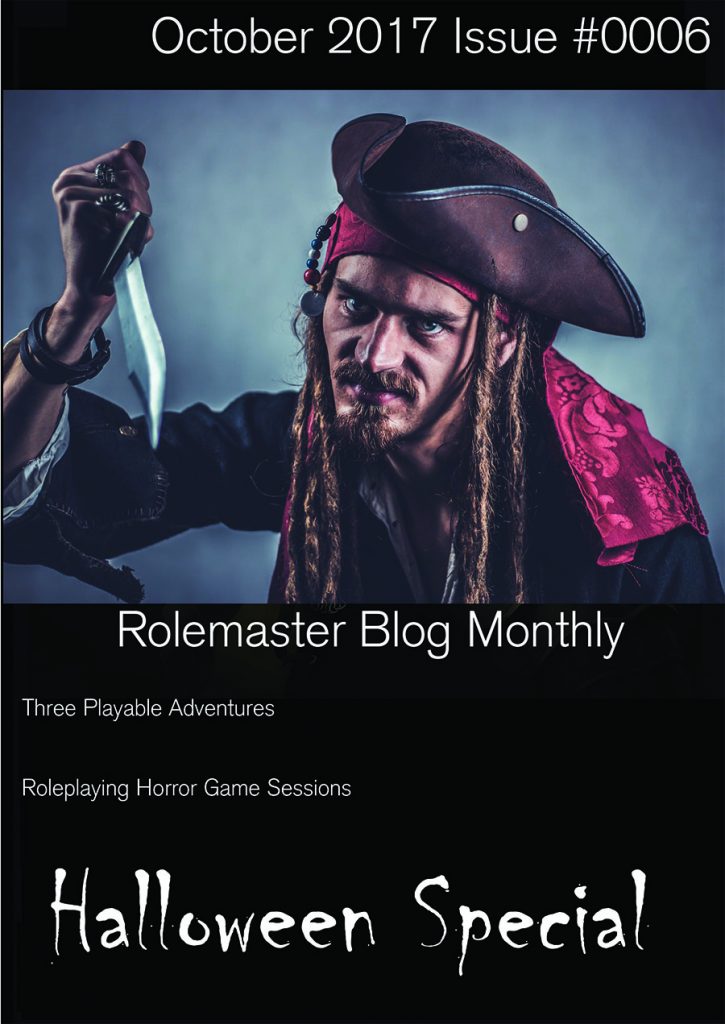 I would like to create a Christmas Special and pack it with cool playable material. Adventures, magic items, maybe a Grinch monster, some Icelandic Christmas Trolls and some festive spell lists. Really what I am asking is for anyone who like to contribute anything to a Christmas Special then please do.

I am trying to make the Fanzine a GM’s resource. By putting monsters and adventures in a ‘paid for’ publication then there is less chance that one of their players may have already have read the plot and know the twist or the villain. The Halloween Special includes three adventures and ‘new’ monsters, as these are my own creations I am free to publish them. All a GM would have to do to play them is create a couple of NPCs.

So try putting your creative hats on and send your submissions to weareareallawesome AT rolemasterblog DOT com!

3 thoughts on “What Merriment One Can Have With a Broadsword and a Drunken Elf!”