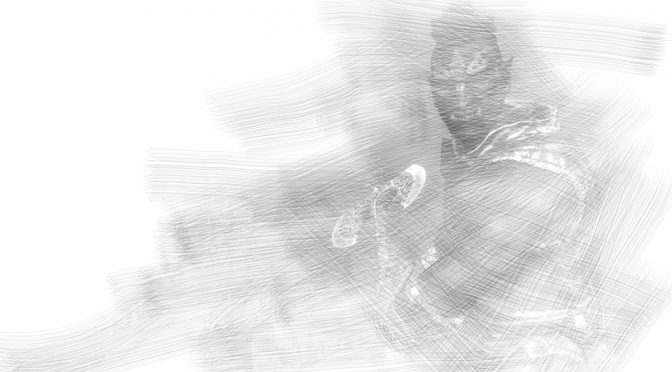 Every monster has a mini stat block. Monsters exist to be killed, out smarted or avoided. They are not there to be invited home to meet the family, you do not need full PC quality stat blocks. These mini stat blocks are there to give you a ball park figures for when you need start making rolls for the monsters. Strength is a combination of Strength and Constitution, Speed is Agility and Quickness, Intelligence is a mix of memory and reasoning, Empathy is both Empathy and Intuition, Presence is a mix of Presence and Self Discipline.

I am not using the rules in the original Creatures and Treasures for converting AD&D monsters to Rolemaster. As Hurin pointed out some the RM2 monsters were a bit arbitrary. Another point is that original RM did not have multiple attacks. Two Weapon Combo did not arrive until RoCo2. The way that C&T dealt with multiple attacks was to increase the OB of the creature, part of the flurry of blows style of combat round. I am going back to the D&D style multiple attacks as that is what the PCs have. It also makes monsters slightly more dangerous as the more attacks, the more chances of that open-ended up roll!

There is a big change between new and old Rolemaster and that is the round length. RMU rounds are 5 seconds, RM2 rounds are 10 seconds, HARP rounds are 2 seconds. The movement rates are quoted as per second, so you can time 2, 5 or 10 as you desire.

Comparing my Orc to a RMC Orc and we have the same movement and the same hits. The RMC Orc wears armour and carries a shield but this something that the GM can change. My orc has a higher OB. This is in line with the sample character sheets I have that all show starting characters are much more powerful than the original characters and NPCs bundled with books like Heroes and Rogues. The NPCs I was sent all, right across the board, had higher OBs, DBs and hits. They all also had higher perception skills which is equally life saving!

So here is the ‘open’ Orc that is usable with RM2, RMC, RMSS, RMFRP, RMU and HARP.

An orc’s hair usually is black. It has lupine ears and reddish eyes. Orcs prefer wearing vivid colours that many humans would consider unpleasant, such as blood red, mustard yellow, yellow-green, and deep purple. Their equipment is dirty and unkempt. An adult male orc is a little over 6 feet tall and weighs about 210 pounds.

The language an orc speaks varies slightly from tribe to tribe, but any orc is understandable by someone else who speaks Orc. Some orcs know Goblin or Giant as well.

Most orcs encountered away from their homes are warriors; the information in the statistics block is for one of 3rd level.

Orcs are proficient with all simple weapons, preferring those that cause the most damage in the least time. Many orcs who take up the warrior or fighter class also gain proficiency with the falchion or the great axe as a martial weapon. They enjoy attacking from concealment and setting ambushes, and they obey the rules of war (such as honouring a truce) only as long as it is convenient for them.

I think I have a working formula for doing a conversion from 5e to a sort of averaged version of all the RM flavours. These are not meant to be achieving a carbon copy of the Creatures and Treasures monsters but new and different versions. Many of the monsters will be completely new such as the Aboleth who simply does not exist in any flavour of RM.

I think these will be great fanzine material as that is less likely to fall into players hands. I can remember getting White Dwarf or Dragon magazine and really looking forward to new monsters that my players didn’t know. That is the effect I am after!