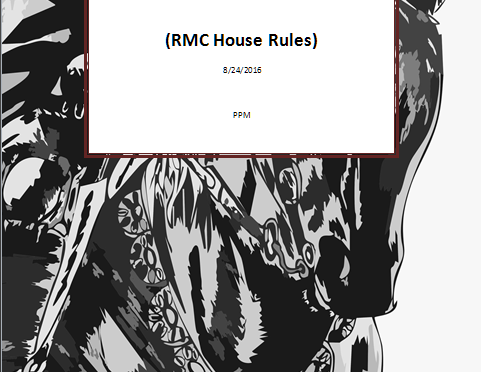 In the past I wrote a fist full of posts about character creation and advancement in Rolemaster Classic without professions or levels.

Rather than leaving these as a scattered collection of posts spread over two months I have brought them all together in a single PDF. I have stripped out every mention of RMU for two reasons. Firstly, the RMU I know is the beta version and is liable to change before publication and secondly I agreed to a non disclosure agreement to get access to the beta documents. It is not right to then disclose any of the RMU rules in this case.

So having sanatized the document and collated it I ave also edited it and removed a shocking number of typos (I didn’t realise how bad my typing gets at times!). I have put the finished document on RPGnow where you can grab it for free just by sticking a 0 in the price box. 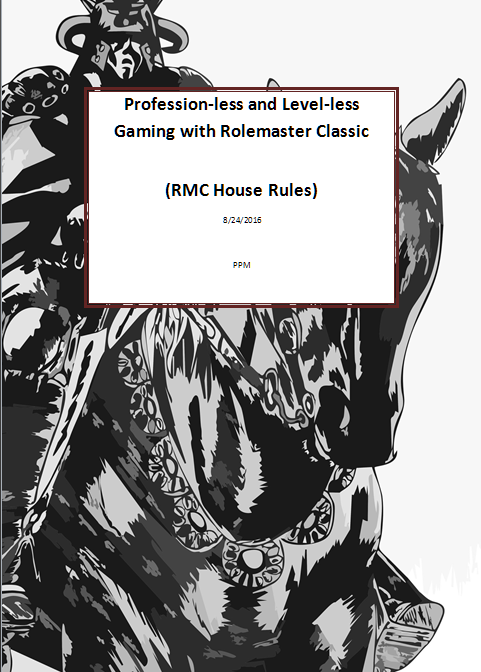 I would be interested in hearing what you think of them when taken as a whole.

8 thoughts on “My No Profession & Level-less House Rules”