There is one bit of every version of Rolemaster so far that I absolutely detest. That is the use of cryptic lookup codes. These are the codes that appear on the herbs and poison list and the monster locations/habitats.

It is the monsters habitats I really cannot stand. I know this has come up in the past but I was statting out an adventure the other night and these codes had me flipping back and forth through Creatures and Treasures yet again.

This time is was the Black Stalker. This is the first line of their entry in C&T.

At least it isn’t obtuse or unclear where these hunters are found! What is even more bizarre is the translation of these particular codes resolves as Enchanted/magical places and the cross-over points between dimensions and also ruins. Which is in fact wrong!

The whole point of the stalker is that it can be found anywhere. They hunt their designated target without fail, where ever they are. This really is like having the Terminator after you!

I was looking at the new Creature Law again and I noticed that these codes have finally been stripped out. 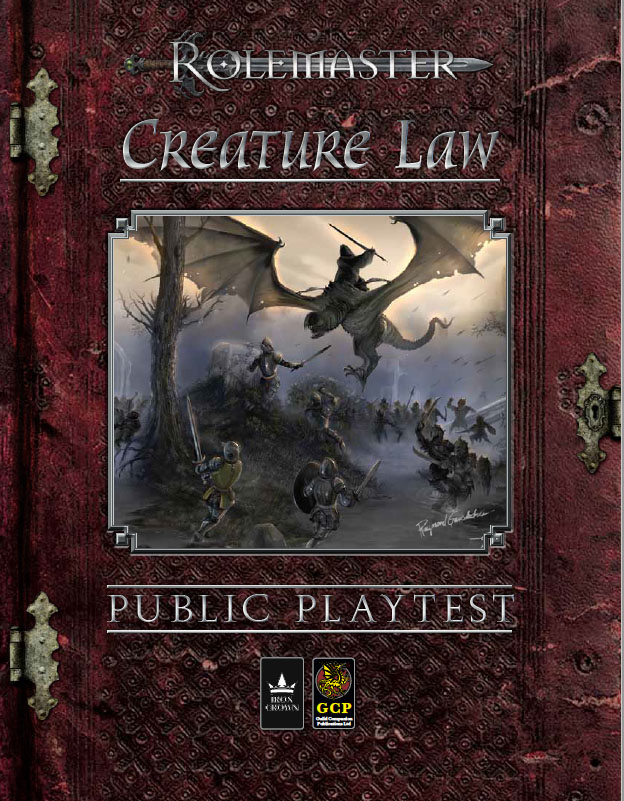 In the new Creature Law the Black Stalker has been somewhat toned down making them easier to defeat (slower initiative, weaker armour, poorer stalk & hide skill and the magical bonus on their weapon has been halved).

I don’t think toning them down is a bad thing but I was thinking about BriH’s goal of writing adventures for 50th level characters and these were going to be my go to villain. They were potentially too dangerous to use with a ‘normal’ party. They certainly punch above their weight on the battle field.

In my game I do not use the full breadth of the creatures in the D&D universe. Although I play in the Forgotten Realms the average module will have 20 different species living in the same location often with not a hint as to how they co-exist. I tend to slim those down. RM allows you to level creatures up and down so I don’t need to have kobolds, goblins, hobgoblins, orcs, ogres, bugbears, owlbears, a gelatinous cube, two green slimes and a black pudding all in the same cave to create a challenge. When I am doing a conversion like that those dreaded creature codes can burn up 10% to 20% of all my prepping time trying make these things coherent and true to the setting and rules.

Good riddance to them is all I can say!