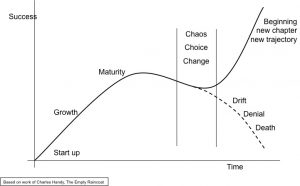 I want to start by quoting two sources that really struck home:

“I still love RM but the customer base is just too small to make a living from unless you are Terry.”

“Going hand and hand with that is the fact that for better or for worse the OSR is a thing. For the past decade and a half there been a group of hobbyists actively publishing, promoting, and playing classic editions of Dungeons and Dragon and similar RPGs. This is result of everybody taking advantage of the freedom granted by the open content found in the d20 SRD to expand the quantity and variety of material that supports classic D&D.” SOURCE.

I don’t know if Nicholas or Terry read this blog regularly, but I consider myself first and foremost an RM and SW supporter. At my age, I don’t have time or energy for other systems. But I’m feeling frustrated—less for me than the opportunities I.C.E. might be missing by not opening up their IP. There is a renaissance occurring in old school game rules and RM is not riding that wave. I want to publish RM material and I want to publish SW material no matter the size of the market—I’m much less concerned about monetizing my work or earning a living, but being paid or compensated IS affirmative feedback on your efforts.

Ironically, it seems that the bulk of Rolemaster system products are the result of collating house rules in various Companions or relying on third party authors rather than any centralized approached to core product development. In other words, Rolemaster has always been a polished form of crowdsourced content. Maybe RMU pulls these previous efforts back into a cohesive thread, but…will there be corresponding game and support material and modules to carry the new rule set? If not, that’s a big problem in today’s gaming environment.

Here at RolemasterBlog we are going to put out 50 small adventure/encounter/NPC/layout “squirts” in 50 days. Would these be more appealing, sell more, or pull more attention if they could be labelled as supporting “Rolemaster”? Terry and SW are slightly different—previous attempts at third party authors resulted in some good modules but not necessarily Shadow World modules. Terry wants to control content and protect his IP. I get that.

But just imagine the alternative. I apologize for sounding a bit morbid, but none of us are getting younger. Check out the ages for the active members of RM Forums. Most of us are late 30’s, 40’s or 50’s. Where is Rolemaster in 10 years if the fan base continues to slowly decline and new product output continues at the same current level. It’s called a death spiral–see the chart at the top. This is the Business/Industry Lifecycle curve: I use it extensively in my work as a mental model for analyzing businesses.  Of note is the inflection point that occurs after business/industry maturity. You either reinvent, reinvest or re-imagine or you become irrelevant or non-competitive. Certainly the whole RPG industry is tackling this with varying degrees of success.  I believe that that the answer is not in traditional strategies: marketing, research or new product development. It’s embracing the free flow of information, open sourcing, crowd funding new content, organic development and creative development seeding.

How can you develop new young writing and creative talent without a growing or stable fan base? In my mind, open sourcing Rolemaster, leveraging online creative communities and allowing new media channels to incubate and screen quality content is the only mid to long term strategy for Rolemaster to prosper.