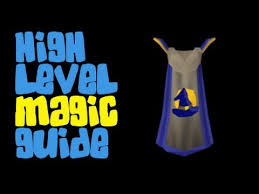 My last post mused on the impossible goal of designing balance into a high level adventure. Among one of the issues I touched upon was the lack of effective buffs in RM Spell Law. But the problem is much broader than that–there is a breakdown of spell design at higher levels. Perhaps the original designers didn’t see much game play use for high level spells?

When I deconstructed and rewrote Spell Law I reviewed every single spell, spell list and compared similar spells between the realms. There are tons of inconsistencies, useless spells, redundant spells or spells “out of order” in power level. I started a detailed commentary on the RMU Spell Law forums, but there was so much pushback I just went ahead and started uploading my own version of spell law!

Rather than go analyze all of Spell Law, I wanted to comment specifically on high level spells. And to keep things shorter, let’s just tackle Essence open and closed in the post and only in the context of combat and not general purpose spells. (I’m using 6503 RMC Spell Master for reference btw.)

Elemental Shields. The 50th lvl spell combines the 15th, 17th and 19th spells Lightning, Fire and Ice Armors. These are good spells, but not great spells. Each is +20 to, 1/2 hits and decrease of crits by 1 severity. Fine for 15-19th lvl spells, but for a 50th just combining them, limiting them to 1 target seems inadequate.

The 20, 25 & 30 level spells are Mass–but in game use to buff 25-30 targets is limited. There are a few blank slots, but in my mind the real issue is trying to differentiate the same spells into different categories. Having Resist Light, Lightarmor, and then Lightning Armor is confusing and doesn’t allow much progression.

Overall, the list can be consolidated, improved protection at high levels and needs a good increase on the 50th lvl spell; either make it 1 target/lvl or increase the protection a bit.

Essence Hand. Calling Seal Team 6 Sniper group. The 50th lvl spell, Aim True is perhaps one of the most deadly spells available to Essence users! The spell automatically does max damage, “E” crit with a missile attack. (for large or superlarge it does a slaying crit) Sure the caster has to touch the shooter, but a group against 1 opponent or just a few opponents could make swift work of any adversary. Too powerful?

Spell Wall. The definitive list for protection v. magic. How good is it? The 20, 25 and 30 lvl spells provide +50 v a specific realm magic. Not too shabby…but…it’s 1 target and concentration only. Sad. Or the caster can just utilize Protection V which provides +25 RRs v. ALL REALMS and is 1 min/lvl. Which one would you choose?

Dispelling Ways. A far better list than Spell Law? Dispel XX Sphere creates a moving barrier around the caster that causes any inbound spell to make an initial RR before proceeding against a target in the Sphere (and then requires another RR). Those are good odds…but the caster has to concentrate the whole time. The 16th lvl spell creates a sphere with a RADIUS of 100′!!!! These need some work I think. The 17-19 “Un” spells strip spell casting ability from casters and items for 1 day. That’s pretty good.

Rapid Ways. The 50th lvl Mass Haste provides 50 rnds of Haste (no after penalties) of DOUBLE action. This one is a no brainer! Use this with Aim True and you have a killing machine.

Shield Mastery. Putting aside the issue that Essence Hand and Shield Mastery are doing the same thing (telekinesis), and that the instantaneous but contingent use of these spells creates huge game mechanic issues, is this even a good spell list? I think a lot more can be done. The 50th lvl spell is cool, but how practical for actual game play? Will the caster encounter that much missile fire? Will they be willing to cast this spell every round to the exclusion of all else? A better 50th lvl spell would be 1 rnd/lvl duration vs missiles within 5′ of caster (or target). That would be a great player buff and worthy of 50th lvl.

Spell Enchancement. Rubbish and breaks spell mechanics. Easier and more logical to scale range, radius or duration by PP expenditure than some “spell for a spell” list.

Spell Reins. Not many spells on this list, and really should be combined and improved with Spell Wall. Some good spells, but the 50th lvl, like Shield Mastery only works 1 round. How many possible spells would be directed at a caster during actual game play? Sure in a battlefield with tons of mages it might be useful…this spell needs a duration.

Spirit Mastery. The 50th lvl spell allows you to cast 1 spell/rnd..but only 10th lvl or lower. So this is really only a “economics” spell–it just reduces PP cost but locks the caster into only casting these spells.

So out of those lists, the 50th lvl spells for Essence Hand and Rapid Ways are awesome, but the others are either good spells but too limiting or just not very useful. Feel free to check out BASiL lists for my solutions to these spells and lists.