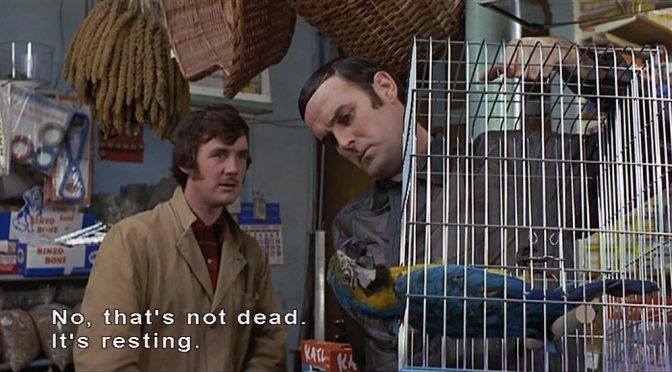 I sometimes worry that with all the deconstructions and house ruling that we can end up not supporting Rolemaster but character assassinating it.

I also worry a bit about the fact that we all agreed to a non disclosure agreement to not discuss RMU publicly and now that is very much what we do.

I have also been up since 4am and I am not feeling particularly mentally scintillating right now so I want to point out something that may or may not have happened, not with a bang but with a bit of an under the radar whimper.

Way back when, many moons ago, BriH suggested 50 in 50 we tossed a few emails about and someone suggested that things like new monsters, new spells and new magic items were one of the things they always liked about the original D&D modules.

So when I wrote one of my contributions to the 50 in 50 adventures I create a new monster. I then promptly forgot about the monster and moved on.

The point of making the monster was that it would be my intellectual property, not ICE’s. Therefore I was perfectly entitled to publish its stats as long as we skirted around the fact that it was a Rolemaster adventure.

Well, on Saturday, when Azukail Games, published Where Eagles Dare I believe they published the first ‘free’ monster, that is free as in speech not free as in beer. As it happens I have written and published other RM adventures with more monsters in the Fanzine between writing Eagles and now but that is not the point.

I have had another one of my thoughts. I have a set of conversion rules I have created for getting from D&D 5e to a sort of generic RM, based upon the starting characters I was sent. It was suggested that the monsters would be better if they had skills and I think that is probably right. It was also suggested that giving monsters professions would be good. I think that is probably would be good as well.

So, what I was thinking was  this. I am going to install a wiki plugin for the blog. I will then create a page for every monster I have created so far and continue to do so for all future monsters.

The advantage of the wiki is that if for example you think a monster should have Ambush as a skill then you can edit the monster yourself and add the skill. From that moment on everyone can then see that skill. Furthermore, for skills that work significantly differently such as expertise in RMU vs skills in RM2 for example, you can add a modification to a monster and mark it as for a particular version.

Also, if I have created one or two basic versions of a monster but you want a shaman, that I haven’t created then you can add yours as either an additional monster or add it on to the bottom of the monsters page.

If anyone wants to use these monsters in their own adventures they can then link directly to the monsters page. This way they always get the most up to date version.

Another advantage is with magic and innate spell lists. So far I have listed genuine RM spell lists but anyone can go back over the monsters and reference the BASiL list that best fits.

This new monster section will appear on the menu navigation some time this week and I will start adding in the monsters.As with most wikis you will be able to see the change history and previous versions should you have to.