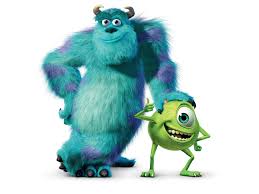 I’m curious and interested about exploring niches of Rolemaster and fantasy RPG’s in a novel way–subverting tropes, high level adventures, monsters as PC’s, eliminating the Profession system etc. In my last blog I discussed some one-off adventures I’m working on that consists of a party of “monsters” and both Peter and I have written blogs about certain creatures being classified as a Race or Monster. All of this touches upon whether various creatures or traditional monsters would make good PC’s–a subject I’m looking forward to exploring much like I’m doing with 50th lvl characters.

But these questions ignore the broader issue–why are certain races and creatures “Monsters” or adversaries to begin with? Should PC appropriate races be determined by a race’s intrinsic morality? Does RMU’s creature creation system open the door for any creature (assuming a base level of  intelligence) to be played as a PC? Assigning levels, special abilities and skills to creatures draws them into the Character Law system–why not open the door a bit wider for PCs–not just more traditional races, but “monsters” as well?

Perhaps the residue of Gygaxian Naturalism reinforces our views that monsters reside outside the natural world and setting. Without a childhood, ecosystem, culture and hopes and dreams these monsters lack the foundations of “Personhood”–they are merely there to be obstacle to the players. But what if that weren’t the case? Perhaps your game world would be like the cantina setting in ANH or TFA–filled with an endless variety of races, creatures and monsters anthropomorphized for the purposes of a working game narrative. Perhaps “monsters” aren’t inherently evil, but motivated by the same self-interest and beliefs that direct us all.