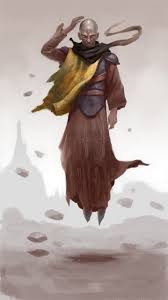 The changes we made to casting mechanics for Essence and Channeling seemed obvious (to us) and were fairly straightforward, but we really struggled with the Mentalism realm. It could be argued that mentalism is the least restrictive of the realms: no armor penalties, a broad range of spell abilities and not much for casting requirements. One of our goals with Project BASiL was to increase the differentiation between realms and build some specific advantages and disadvantages for each.

Major Advantage: Casting Time. Since Mentalism spells can be formed and cast at the “speed of thought” we’ve made all Mentalism spells casting time either Instantaneous of 1 rnd. That may sound extreme or unbalancing but this is offset by the disadvantage.

Major Disadvantage: Concentration Requirement. While Mentalism spells are quick to cast, those that work over a duration require the caster to maintain concentration while the spell is in effect. Concentration is a -50% to all actions, so maintaining a spell can have a real impact on the caster.

We made Magical Language skill a requirement for Essence Casting and Prayer skill a requirement for Channeling. For Mentalism we use “Mental Focus” skill. This skill allows the caster to not only offset the concentration penalty, but “partition” their mind to allow concentrating on multiple tasks. That means that Mentalism spell casters can cast and concentrate on multiple spells (not to exceed -100% and total spell levels not to exceed Mental Focus skill ranks).

As an example, Caylis the Monk 10 ranks, +60 in Mental Focus. He decides to cast Nightvision (3rd lvl) and then Waterwalking (5th lvl). Since he is concentrating on 2 spells, he would be at –100 to all actions, but the penalty is offset by his 60 skill bonus. Therefore Caylis is at -40 for the duration of the 2 spells.

Overall, we’ve been happy with our revised casting mechanics. The various realms offer real plusses and minuses for the players and greatly changed the calculation when choosing spells.