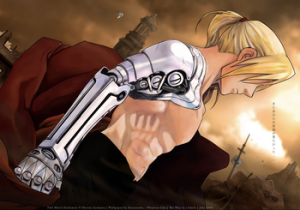 1982.I was just introduced to Rolemaster by my best friend. He had moved to the next town over and found a new gaming group; one that had found Rolemaster through a Dragon Magazine ad. His stories of their gaming experiences were VERY different than my experiences with AD&D.

I headed down to the local game store and picked up a copy of Character Law. (Blue cover with Jorgenson artwork). I distinctly remember pouring through that book to background music of “Safety Dance”! I remember the artwork was different—more gritty?—but the rule were a massive shift from AD&D where “skills/abilities” were bestowed upon certain levels.  Looking back, skill based abilities seem commonplace now but back then it was something else.

I never saw Campaign Law or Arms Law but did look through the 3 Tomes of Spell Law. Truth be told I’ve mostly GM’d but when I was a player it was mostly a Warrior Monk or Rogue. I never liked the intricacies of spell casting and our GM at the time was a bit of a “genius” who loved to argue over rules. Spell Law was a revelation and I may blog more about this as I cover my own redesign/rewrite but the first thing that punched me in the gut: Alchemy spells and Lay Healer “Prosthetics”. A mechanism for creating magic items? Too cool! A spell list for creating magical Prosthesis? Uber cool. It didn’t matter that the healing spells in SL allowed for total regen…

That early on in ICE we had Court of Ardor.  There is so much that’s cool in that module—much of it spilled over in Shadow World. Check out “Valmorgul”. He had a Red Laen Arm. Fully functional, made him immune to fire, casts Firebolt, flames on command, strikes as a mace and can parry melee attacks. How kick-ass is that?

What a great early introduction to the possibilities of the game system and magical item mechanics. Remember this was in the EARLY 80’s and it fit in well to the Elric fiction and other early fantasy tropes. However, even then we knew that the “prosthetics” list was alchemy and that alchemy should be a “Closed List” rather than a profession.

Anyway just another reason why RM was a ground breaker and “Too Cool for School”.

2 thoughts on “Rolemaster: Too Cool for School.”