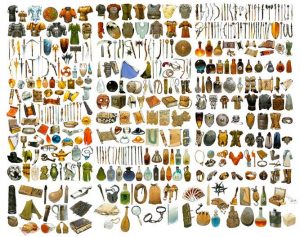 I thought I would skip my “Weekly Roundup” for a player challenge. The challenge: suggest an interesting, creative or clever RM profession/magic item combination. The basic guidelines:

Of course I’ll go first as an example. When I’m not GM’ing, I’m almost always a Warrior Monk. (Caylis, who gets occasional mentions in some RM books). I think I like the simplicity of a non-spell caster and the minimalist nature of the Monk after the intensive, detailed process of being a GM. Playing a Monk goes all the way back to my earliest days of playing AD&D and our Court of Ardor campaign in ’83. I didn’t worry about hoarding gold, armor, losing items etc. I liked the self-reliance of a Monk in AD&D (Feign Death, hitting as magical weapons, immunities) and always strived for some of those same abilities in RM without opting for the Mentalist spell casting version Monk.

With that in mind, my favorite go to item for my monk is the “Ring of Free Action” or some iteration of it. This was an actual AD&D item that had far more expansive powers than an RM spell. In RM the closest is probably “Underwater Movement”, only a 5th lvl spell on the Closed Mentalist list “Movement”. That’s a pretty modest item to get make into a Daily X item and frees the Monk to operate underwater and use martial arts without restrictions. It’s not an overtly powerful ability but can really add to game play, combat choices (if near water)and group abilities.

What’s your combination? I received a suggestion yesterday that made sense. What’s a contest without a prize? If we get at least 10 responses the winner of the best suggestion will get a brand new copy of the Iron Wind (the 80’s edition). This is “new, old stock” I bought from ICE when they were shutting down. Never been used but aren’t individually shrink wrapped. There may be the option to get the Cloudlords of Tanara instead but I’ll have to check to see what we have left.

Winner will be determined by the criteria above: originality in pairing, uniqueness, power of item (the lower the better) and of course the swimwear segment!