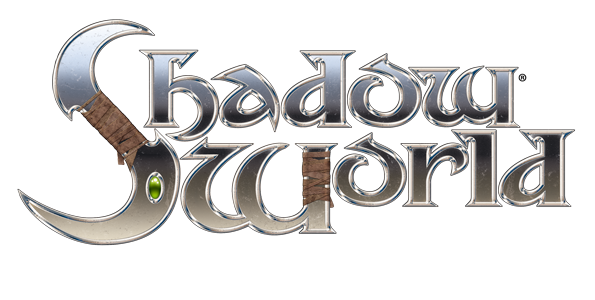 I am in a peculiar situation of putting together a ‘Shadow World special’ for the Rolemaster Fanzine and yet I know almost nothing about Shadow World. I know what I have read in the Players Guide and I know what I learned in the last campaign we played set in SW but I cannot trust what I learned in the game for two reasons. Firstly, the GM could have changed anything. Secondly we were playing The Curse of Kabis and it is my understanding that that particular adventure is non-cannon.

This post is not actually about the fanzine but this issue got me thinking about Rolemaster and its relationship with setting.

To my mind when I look at RM I see MERP. I think the reason is twofold. I first played RM in Middle Earth in a game that lasted for nearly 20 years. First impressions last! The second reason is that the races as laid down in Character Law were obviously written with Middle Earth in mind and they have never changed. It has been decades now since the lost of the ME license but those foundations still lay at the bottom of RM.

If I had to say what was the default system for Rolemaster I would have to say it was Shadow World. It alone really attempts to unify Rolemaster and Spacemaster into a single universe.

(There is a rumbling issue over sizes of combatants in the RMU beta that I think will cause problems, if it isn’t resolved now, when they try and create a SMU. Right now the rules are skewed in favour of smaller combatants taking on larger foes e.g. heroes fighting dragons. In a future SMU tiny robots will be ripping human sized player characters to bits under the same rules.)

Ignoring any possible SMU for now, there are far more RM players than there are SW users. I for one base my games mostly in Forgotten Realms. I would guess that most games are set in a home brew setting.

Some will be set on our own Earth with or without magic. I am running a RMU play test set on our Earth, medieval China, with only a single realm of magic, mentalism, and that is extremely rare.

So here is the issue. If as a complete newbie you pick up RM, you get no setting. To use an existing setting you may have such as Greyhawk or Forgotten Realms, assuming a lot of new to RM GMs may have D&D experience, you have a lot of conversion to do and the races, particularly elves are not a neat fit. Not every D&D monster has a RM equivalent either.

To create your own setting and adventures right from day one is a big demand. A new GM can easily wipe out a party just by under estimating the danger of the RM combat system. It is often a case of not what you are fighting but how many you fight at once.

Another issue is that the Rolemaster books do not ‘up sell’ Shadow World. At no point have I been urged and encouraged to buy into the Shadow World setting. I honestly have no idea what I would need to buy as an absolute minimum to start playing in that setting.

When I run my RAW game I am a pure RMC GM. Are the Shadow World books statted up for RMC? Will I have all the right professions? I know Shadow World predates RMC and if I had to make a guess I would say that RM2 is Shadow Worlds natural mate. RMC is close but a hell of a lot smaller than RM2, less professions, less skills, less spell lists.

I think the lack of a tied up setting is a significant weakness. To fix it I would urge the RMU Devs to start to make direct and explicit references to Shadow World in the core rules text. I would set all the extended examples in that setting. Most core systems also include a starting adventure to kick new groups off and I would suggest setting this in Shadow World as well.

As soon as the rules are fixed for RMU I would call on Terry to revise at least one book/continent so that all the NPCs, monsters, magic items, spells are RMU compatible. This would be the same continent that all the books’ examples were set in and the starting adventure took place in.

Just because the core books are SW flavoured will never stop a GM from rolling their own setting, so there is no loss there. If you want to set a game in China or Rome then you could just as easily. GMs do that everyday with just about every system and so they will RMU.

I think the first house rule I ever made was to allow a chain saw in Spacemaster use the Battle Axe table in Arms Law because I was running a weekend game of Doom inspired Rolemaster.

Can you think of any explicit down side to tying RMU to Shadow World?