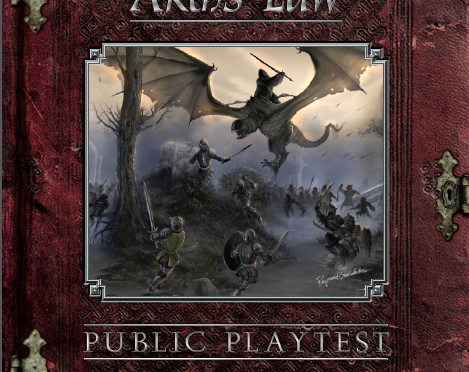 This is a bit of a gloomy post but if you don’t like it skim down to the ‘…and finally’ which hopefully is a bit more fun!

Over the decades I have bought a great many role playing games. Many of them, or most of them, got played once and are now just on top of a wardrobe. The death blow for all of these games was either I didn’t enjoy running it or my players didn’t want to play it.

It doesn’t matter which side doesn’t want to play, if either withdraws their support the game is dead.

My first RMU play test ended when my players didn’t want to play it anymore. These are all players that have played RM2 and RMC since the early 1980s.

My second play test is going a bit better especially since I have adopted JDales new tables.

Now what happens if the RPG community treats RMU as so many of us have treated other games, that it is condemned to the top of the wardrobe? What if the existing RM community condemn RMU to the wardrobe of oblivion?

The first reaction is to say “stick to RM2/RMC/RMSS/RMFRP (delete as applicable)” but that is not going to work. If ICE is committed to RMU then there will be no more legacy publications. All the new Shadow World material will be HARP or RMU compatible. There will be no more companions and no more guild companion articles. I guestimate that 95% of all the forum discussion is about RMU in the beta boards. If you are not playing RMU then the ICE community will wither away for you.

The second option is to house rule just about everything you don’t like in RMU so you get a working system that your players will play. That fixes it for you but not for the RPG community.

This is a rather gloomy look into the future but it is a real possibility. The RM community is not big. RMSS did not convert all the RM2 players. RMFRP did not convert all the RMSS players. RMC is the most recent version of RM that you can buy and none of the RMSS and RMFRP players will have converted. Very few RM2 players have converted to RMC. It was recently revealed that the core books have only just achieved Silver status on RPGnow. What that means is that 250 copies of the core rules have been sold up until 2 weeks ago. 250 copies in 4 years is not a lot of sales!

Given the really negative impression touted online about chartmaster, rulesmaster and rollmaster any new version of RM has to overcome these prejudices and misconceptions and go on to enthuse a new generation of players. That is not going to be easy in this world of thousands of free or almost free games and in a time when OSR and simplified games are rising in popularity.

I suspect that ICE have a massive marketing challenge ahead if RMU is to be a success. Given the effort so far in getting RMU as far as beta two and the current ‘behind closed doors’ changes, I think that the greatest effort is yet to start for the RMU team.

My adventures regardless of whether I write them for my own game or for publication always have a title. I frequently take a film title or a song title or lyric. I was on a long journey recently and one song stuck stuck in my mind. The song was Here Goes Norman by The Undertones.

My gut reaction was when hearing the song was a sort of Bates Motel style of adventure but then I thought what if Norman was the victim in the story? Think along the lines of The Hunchback of Notre Dame with the outsider vilified by the public. So with the title of There Goes Norman what adventure hook does that inspire with you?

31 thoughts on “Is Rolemaster Worth Saving?”