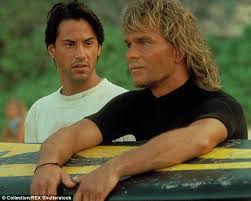 The more things change the more they stay the same. When designing an adventure it’s difficult to avoid using established tropes—most stories can be distilled down into just a handful of plotlines. Some GM’s and players embrace common fantasy standards but for the GM that wants to create something a bit different what can you do? After 40 years of RPG history, thousands of modules and game ideas can you really come up with something unique?

Even Shadow World has been accused of being too “kitchen sink and it’s obvious that many of SW’s elements are fairly standard tropes are similar to our own world:

If no idea or plot device is truly original, how can we continual design new adventures that feel fresh to our game group, challenge them, or surprise them? Here I want to discuss three mental models that I use when developing adventure content: the “Loki”, “Bohdi” and “Constanza”.

Combined these three mental models help me write new adventure material. The “Loki” keeps the players off balance, the “Bohdi” helps create material that seems new or novel but with a foundation of familiarity and the “Costanza” teaches the players not to get to comfortable with long held beliefs and assumptions.

It starts with an encounter category table divided into simplified environmental zones with sub tables depending on the result. It also has two aux charts for distance to encounter and attitude/behavior of encounter if applicable. With just these tables it is easy to randomly generate SW encounters on the fly, generate a quick NPC group or other random event or encounter.

But oddly, I got fewer messages or feedback on the encounter chart than I did with many of the other uploads. I've included it below in Excel format so it's easy to change, adapt or expand as needed.