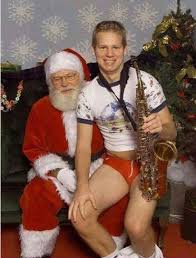 This may be my last post for the year due to the holidays and travel so I thought I would finish up 2016 with some random thoughts.

Agyra. Far from the historic events of Emer and Jaiman, this region has been cruelly shaped for thousands of years by both natural forces and the powerful flows of Essence.  Scattered and isolated tribes peoples are a legacy of a nation that sunk beneath the waves in millennium past. Monolithic blocks scattered along deserted coasts and leagues of crumbled ruins lying in shallow waters are remnants of a lost civilization.

However, these lands are not dormant. Powerful nations and secretive groups are at odds: a war of not just arms but of politics and commerce.  Into this conflict a new power has risen. A mysterious Priest-King and his devout followers have occupied an ancient citadel and are slowly expanding their power across the lands.  For the nearby tribes that inhabit the coasts, these newcomers are viewed with outright fear. Rumors of demonic armies, missing children and empty villages have cast a pall throughout these lands.

But adventurers have come nonetheless. Ancient ruins have been discovered: a sprawling city lying submerged in the shallow waters off the southern coast of Agyra. Many believe the ruins date millennia back to the First Era and holds untold wealth and the secrets of the Ancients.

If you are regular reader here at the Rolemasterblog, thanks! If you have an interest in adding your voice to this blog than please reach out to Peter. Best wishes to all on this holiday season.