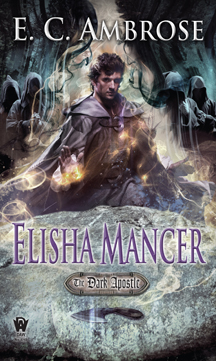 Hey, I’m on a roll with short blogs–mostly because we got hit with several FEET of snow and we are still not plowed out.

If you are not familiar with Charles Stross you should be. He’s a successful author and also writes about the intersection of technology and social issues. His BLOG is worth following and his readers offer some in depth commentary.

Occasionally Charlie will bring in a guest blogger to cover his site while he’s travelling. His most recent is E.C. Ambrose. I’m not familiar with his books, but he writes dark historical fantasy about medieval surgery–cool right?

I thought E.C.’s most recent POST about the differences between Physicians, Surgeons and Barbers was a great primer and road map for varying healing professions in RM and SW. Of course, fantasy RPG’s allow for magical healing which could usurp traditional healing methodologies, but that will depend on the ubiquity of magical healing in your game. Peter tends to rely on herbs (which while “magically” could be considered a more mundane process than spells), while others have easy access to healing spells.

My first SW Misc Material upload was a Healing Chart meant to combine magical healing, mundane healing and herbs into a simplified chart. This connects Surgeons (mundane and technical), Priests (spells but with access issues), Herbalists (witches, shamans and low tech communities) with the location of the PC’s: cities, towns, villages, remote.

Anyway, given that SW does have a past history of high tech, it makes sense that various cultures would have distinct professional paths for mundane and magical healing. E.C.’s blog post provides a historical model for your own RPG setting.