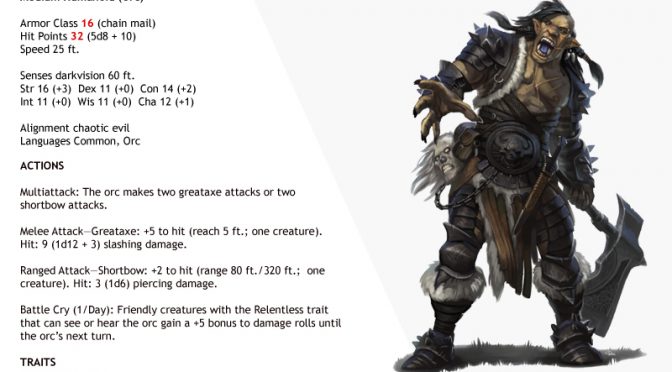 I use Google Drive and in there is a folder of ideas. In the ideas folder there are a great many other folders. Every time I have an idea I create a folder for it and then stick a simple text document in the folder to describe what I was thinking. If it was inspired by an article or an image or whatever then I may stick all these things into the folder.

As a general rule I create more folders like this each week than I complete. Some of the ideas I will never touch again. Maybe I have a deeper look and realise that it was not a good idea. Sometimes I turn them into full on commercial products either RPGs or supplements. I have published one game (3Deep), one is about to go to public play test (Devil’s Staircase Wild West Role Playing) and one has been completed once but upon reflection needs revising. One game (Rolemaster Kids) is still in its infancy as I have not completely finalised the core mechanics let alone all the supporting material.

My supplements vary from simple 10 page adventure outlines to 60+ page more substantial supplements. I think I have published 30 or more or the smaller supplements like that.

There are the things that do not really fit in any neat category. These bounce around. Sometimes I work on them and they start to develop and then I look back and strike down a lot of what I had already written when looking at it again after a break.

This month is unusual as I have actually completed more of the mini projects in my ideas folder than I have created new ones. In addition I have learned some new skills that have solved a problem that was holding many of the other projects back.

One of these ‘bed blocker’ ( a terrible phrase used to dehumanise elderly patients being kept in hospitals because the UK has inadequate social care for the elderly ) projects was to convert the D&D 5e monsters from the SRD (Standard Reference Document) into Rolemaster compatible monsters.

The sorts of monsters I am talking about are orcs, goblins, giants and amusingly a Balor which is a D&D attempt to sidestep the Intellectual Property rights around the Balrog in role playing games. So D&D stole the Balrog to make the Balor possibly from RM 1st Edition and I am now converting the Balor from 5e back into RM. What goes around comes around. As all these monsters are part of the SRD we are free to use them as long as due credit is given.

So what is the point?

The point is that we spent the summer writing adventures that we really wanted to use to promote Rolemaster but we were hobbled at every turn because we cannot publish any of the monster stats as they are ICE IP. We cannot talk about what spells and lists the NPCs may have because they are covered by ICE IP and so on.

So I have had this project on the back burner since I first started this blog. I published a few monsters converting denizens of the underdark as new Rolemaster monsters. The intention was to encourage more D&D players to try Rolemaster. The more of the Forgotten Realms monsters that were available in RM means that players can reuse all their FR books but with RM PCs.

So last week I made an Orc. This is just the basic grunt of an orc and I used my own rules to create them. Bearing in mine that this is a D&D 5e Orc what do you think?

The stat bonuses include racial modifiers and there is still some work to do. I want to get rid of the (MS/AG) SL/MD crap and use real words that anyone can understand without having to use a look up table.

An orc’s hair usually is black. It has lupine ears and reddish eyes. Orcs prefer wearing vivid colours that many humans would consider unpleasant, such as blood red, mustard yellow, yellow-green, and deep purple. Their equipment is dirty and unkempt. An adult male orc is a little over 6 feet tall and weighs about 210 pounds.

The language an orc speaks varies slightly from tribe to tribe, but any orc is understandable by someone else who speaks Orc. Some orcs know Goblin or Giant as well.

Most orcs encountered away from their homes are warriors; the information in the statistics block is for one of 1st level.

Orcs are proficient with all simple weapons, preferring those that cause the most damage in the least time. Many orcs who take up the warrior or fighter class also gain proficiency with the

falchion or the great axe as a martial weapon. They enjoy attacking from concealment and setting ambushes, and they obey the rules of war (such as honouring a truce) only as long as it is convenient for them.

So this is just the basic orc. How do they compare?

The first impression is that of swings and roundabouts. A few extra hits here and a couple of points less OB there. C&T offers us two orcs a lesser and greater. The D&D 5e monster comes in 5 flavours from Grunt 3rd level to Captain at 11th level.

All my experience is with RM2 and RMC and I was trying to fit the 5e Orc into the RM2 Orc’s shoes.

All my playtesting of RMU has been human vs human as the normalised monsters in Beta 2 filled me with horror. How would this Orc stack up against an RMU PC?

I am not offering a Rolmaster Monster Manual, or at least not soon. What I am offering is to build a reference of monsters that will be free to all and free from IP restrictions. This means that we can finally properly stat our adventures.

This is work in progress but I will make two commitments. Firstly, I will not sit on this until it is all complete. I will be releasing each creature as I do it. I have not thought about formats yet but I think many GMs would like a physical book they can flip though and stick book marks in. So if that proves to be true then I will publish this, but that is a discussion for another day. The other commitment is two fold really. I will commit to doing this as fast as I can, not a monster a week as that would take years. One the other had I cannot say I will spend tens of hours on this each week; there has to be a compromise. That compromise will be that Rather than starting from A in the monster manual I will do things on a request and demand basis. If you are looking at publishing an adventure but want a monster then let me know and I will create the monster for you. That is the request element, if there is a request for a monster then I will supply it.  I work on many adventures, these days mostly for the Fanzine. If I need a monster then I will create it and then add it the public list. If there is a demand for a monster then I will meet that demand and then share it.

I will have a think about the logistics of all this this week.

13 thoughts on “The orcs are coming!”