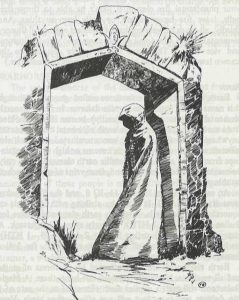 While RM and it’s various iterations focus on obtaining and learning skills much less attention has been paid to the slow erosion of skills due to lack of use: “Skill Atrophy”. Many RM skills should require continuous practice to maintain that ability or sustain the peak level of performance. Taking a handful of ranks over a few levels and then ignoring the skill shouldn’t guarantee performance in perpetuity.  Skill atrophy also addresses several issues with the RM skill system:

Skill atrophy incrementally reduces skill ranks IF the character doesn’t take at least 1 new skill rank in that skill when they level up. So even high level characters with 20+ ranks in a skill and who gain very little in taking an additional rank will need to continue spending DP’s to maintain the skill.

Skills are assigned a skill atrophy percentage of 5%, 10%, 20%, or 25% that sets the amount of atrophy and the minimum threshold the skill can’t be reduced below. If, at level advancement, a current skill doesn’t gain a new rank than the skill atrophy modifier is applied. The result is always rounded down and the skill ranks can never be reduced below a level that the atrophy percentage is less than 1. So an atrophy mod of 5% means that the skill won’t reduce below 19 skill ranks while a 25% atrophy mod means the skill could slowly be reduced to 3. For example, a skill with 15 ranks and an atrophy level of 10% will lose 1 rank at each level advancement that the skill is not increased until 9th lvl, where it won’t atrophy any further.

Skill types and atrophy. In general learned knowledge (lore skills) have little or no atrophy while skills that require top physical performance or specialized training (athletics) will atrophy faster. While individual skills in categories may have differing atrophy rates, general suggestions are as follows:

Lore Skills: No atrophy or 5%.

Option 1. Atrophy still applies but instead of requiring an additional skill rank, allow a character to expend 1 DP to “maintain” the skill IF they don’t take a new skill rank in that skill.

Using RM’s professions, skill atrophy reduces skill bloat at higher levels by requiring characters to continually invest in their critical skills. When using a “No Profession” system, this further enforces the need for characters to focus on core, “defining” skills that in effect creates professions without the need for arbitrary pre-defined classes.