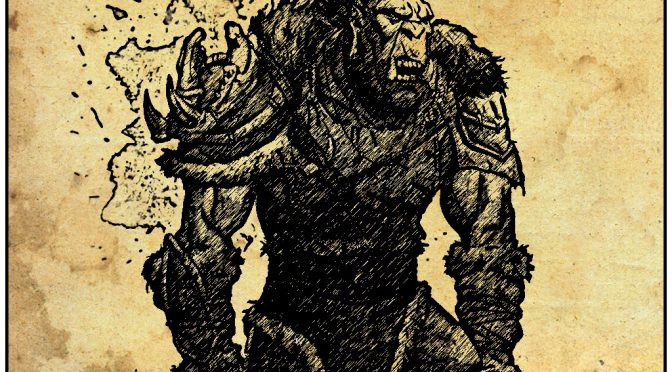 Brian got in there first with his Happy Halloween From BriH post. He signs off by saying that “I know  all of us at Rolemasterblog have a lot of work in store for the coming year.” This was timely as on Saturday we released our first mini supplement. I say mini as it is a single page adventure hook. This one was written by BriH and edited by Edgcltd, published by Azukail Games and sold on RPGnow. Now it only costs 50¢ but that is not the point.

Spires Reach is the first of 50. All 50 are already written and cued up. If we were allowed to give you NPCs in all their detail, Monster stats for the encounters and so on then these would not be just a couple of pages of adventure hooks, or locations or outlines of adventures. These would be much more substantial adventures.

You may ask who is going to pay even 50¢ for an adventure hook like Spires Reach? I don’t know the answer to that but they are selling as I can see the royalty reports.

I spent yesterday evening writing the next edition of the fanzine which looks like it is going to be the biggest issue yet. I am full steam ahead on converting monsters. These free to use monsters will mean that anyone can start to create adventure modules for any version of RM.

I am convinced that if there were a 3rd party industry for producing adventures and supplements for Rolemaster then the system would be more attractive to the gaming community. Right now RM is just a game people used to play in 80s. If anything Rolemaster is a bit like Latin, yes, sure a small number of people can still speak it but to most they think of it as a dead language. Rolemaster is not dead but it is going take a small band of plucky adventurers to take on the quest to save Rolemaster, especially if RMU is not going to be on the shelves until the 2020s!

If the RPG year starts now then the next year is going to be really exciting.

2 thoughts on “…and another Happy Halloween!”