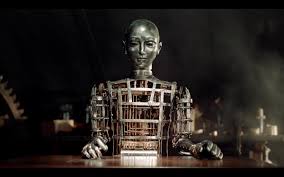 Part of my deconstruction of Spell Law was to come up with simpler rules for various alchemical processes that could be more easily used “in game”. One of the appeals of original RM was the framework for creating magic items, but the time and effort involved in making items needed to occur outside gameplay. The alchemist was better as an NPC or the spells should have been shifted to Closed lists (like the detailed healing spells lists in the Channeling Realm).

What sort of alchemical processes could be simplified to be usable in actual game play?

With #3 above in mind, one of my favorite new spells lists is “Automaton”, a Closed Essence list I created as part of my BASiL project. My intent was to create a very simple and flexible spell list that allowed for basic automata: motive power (movement), direction (control), and agency (sensory data). Basically simple robot capability with a few lines of programming code.

All of my BASiL spell lists include 1-2 pages of GM/player notes that provide more detailed direction on use and limitations but I didn’t include those in my file uploads to date. I’ve had a few questions about this list and we’ve grappled with some in game usage with one of my players so I thought I would dive deeper into the list as I envision it.

One of my players has really been clever with this spell list and while occasionally he pushes it’s use, I feel the size and duration limitations balance it out well and make it useful for in game play.