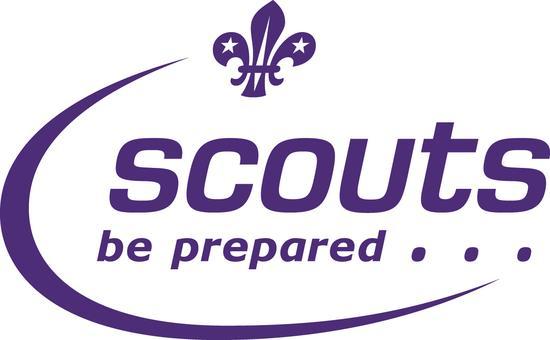 If there was a sliding scale from simulationist games to purely narrative games then I think Rolemaster, especially a fully loaded RM2 or RMSS game, would be very much on the simulation end of the scale. Games like FATE would be right up the other end.

My simplification approach has had the somewhat unintentional effect of shifting my brand of RM into the centre ground and I would describe it as on the simulation side of centre.

I think this is somewhat inevitable. If you are going to amalgamate a dozen skills into one meta skill then you have unavoidably lost some granularity or detail.

In my meandering gaming reading this week I have been reading some Gumshoe rules. In that I came across a new skill I had never considered before.

My position right now is that this is a step too far, even for me, but the more I think about it the more it starts to appeal.

Here is the skill definition. You will have to skim over the references to PDAs and laptop computers etc. and other skills as this is copied directly from the rules.

You expertly anticipate the needs of any mission by packing a kit efficiently arranged with necessary gear. Assuming you have immediate access to your kit, you can produce whatever object the team needs to overcome an obstacle. You make a simple test; if you succeed, you have the item you want. You needn’t do this in advance of the adventure, but can dig into your kit bag (provided you’re able to get to it) as the need arises.

Items of obvious utility to a paranormal investigation do not require a test. These include but are not limited to: note paper, writing implements, laptop computer, a PDA with wireless Internet access, mini USB drive, cell phone, various types of tape, common tools and hardware, light weapons, flashlights of various sizes, chem lights, batteries, magnifying glasses, thermometer, and a no-frills audio recording device.

The utility of traditional anti-supernatural accoutrements such as crucifixes, holy water, and silver bullets is a matter of great debate within the Ordo Veritatis. Whether you choose to include them in your basic kit reveals your attitude toward the supernatural. Is it purely the work of the Esoterrorists, or are there other unnatural forces out there? Decide for yourself, and pack wisely.

Other abilities imply the possession of basic gear suitable to their core tasks. Characters with Medic have their own first aid kits; Photographers come with cameras and accessories. If you have Shooting, you have a gun, and so on. Preparedness does not intrude into their territory. It covers general-purpose investigative equipment, plus oddball items that suddenly come in handy in the course of the story.

The sorts of items you can produce at a moment’s notice depend not on your rating or pool, but on narrative credibility. If the GM determines that your possession of an item would seem ludicrous or and/or out of genre, you don’t get to roll for it. You simply don’t have it. Any item which elicits a laugh from the group when suggested is probably out of bounds.

Inappropriate use of the Preparedness ability is like pornography. Your GM will know it when she sees it.

Instinctively I want to reject this but with a moment of reflection it occurred to me that to a great extent I tend to hand wave the buying of mundane supplies anyway. Half the time the characters are so rich that the buying of a few supplies is of no significance. The only input I would tend to make would be describing the sorts of foods or goods if I felt it added something to the cultural background and a bit of local colour.

I also do not use the encomberance rules. I do tend to ‘once over’ the character sheets and if I think they are overloaded I will apply a manoeuvre penalty and tell them it is because they are overloaded. The players will soon lop off some unneeded kit.

So does forcing players to maintain a meticulous equipment list add anything to the game? There are certainly times when it does. I have had an issue in the past were the players just maintained a communal treasure list until such time as they divie it up and people claim ownership of specific items. This seemed to work just fine, the advantage is that character sheets do not become worn out from constantly adding and rubbing out of items of equipment and loot. The issue we had was that one of the characters was pick pocketed and I just randomly picked who was carrying are particular gem stone. It happened that the victim of the robbery was the gem holder. The players then protested that someone else was carrying the loot and they certainly would never have taken precious stones into such a rough tavern. Well, tough, if they had taken any precautions like that they should have told me about them. I bet if I had robbed their tavern room they would have insisted that the gem was with them.

Going back to the Preparedness skill, that would remove a lot of dross from the character sheet and a lot of pointless equipment resource management. I would still want the players to keep a list of significant items, their arms and armour but things like balls of wax so they can take an impression of a key or balls of string for whipping up a quick trap could all be done away with.

I can see a real analogy to the Vocation skill from RMU. You do not need to detail the thousand and one individual, little used, lore skills that everyone in that job would have, one catch all skill that can be applied as and when does the trick.

Is Preparedness that different? Is it a step too far in the direction of Narrative rpgs?