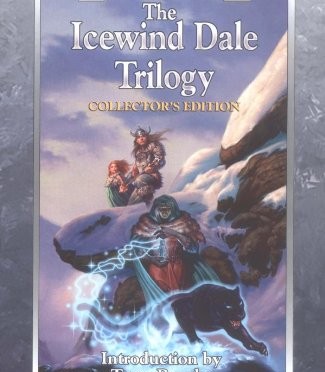 This week I have been mainly studying Forgotten Realms realmslore. I must admit I am quite impressed.

I have one face to face group that meet three times a year for a long weekend of gaming and this summer I am going to start a pbp game set in and around Waterdeep and the North. The idea is to move the face to face group up into the north so that they are adventuring in the same region.

What I wanted to do was to have all the PCs in roughly the same region so that the time I devote to developing my game gets the most return on the effort. If I have the groups too spread out I have to do double the work for no extra gain.

The first port of call was the campaign setting books. Shadowdale is well detailed in the prime campaign setting and there was also a dedicated book on Waterdeep or City of Splendors as it is known, having read them I was not entirely sure what to read next. There are so many books it was not obvious which were the best references. I joined the Candlekeep forum as that looked like a pretty good place to ask questions and sure enough they came up trumps.

The first book they recommended that I read was the Volo’s guide and at the end of the Preface by Elminster was this post script.

P.S. FR1 Waterdeep and the North
remains the definitive guide to features
of Waterdeep, augmented by the City
System and Ruins of Undermountain
boxed sets, the Knight of the Living Dead
gamebook, and the module FRE3 Waterdeep.
Those desiring to explore alleys Volo
mentions would do well to consult where
the alleys meet with the sewers, on page
28 of Waterdeep and the North, if they
wish to avoid (or find, I suppose) danger.

So kindly enough right at the beginning of the first book is a reading list. As it happens I have most of the books listed and I have got stuck in. The members at Candlekeep also pointed me to the Icewind Dale series of books which are less than £7 on Amazon for the entire series. I think I may push my players up through the Dales via Icewind Dale before dropping them into the North.

As I have said before, I think, the party are made up of a Sorcerer, Cleric, Warrior Mage, Seer and only one fighter class. Seeing as the barbarian tribes living in the north are very distrustful of magic they should be in for a fine old time!

What all this brings home is what a rich setting Faerun is and what a wealth of resources are available for both the GM and the players. It certainly will not hurt the game if the players read these novels and if it helps give them more of a feel for where their characters are in the world then that has to be a good thing.

From a GM’s point of view converting stats from AD&D to Rolemaster is a doddle for monsters, traps and magic items and treasures. NPCs can take a while longer but that is only because Rolemaster is so much more detailed in its character creation. So what if you have to spend some time building your world. I have never heard of a GM who complained about he time they spend bringing their game to life.